All Whites coach Anthony Hudson is releasing captain Chris Wood and midfielder Ryan Thomas for the second leg of the OFC Final Stage of Qualifying for the FIFA World Cup. 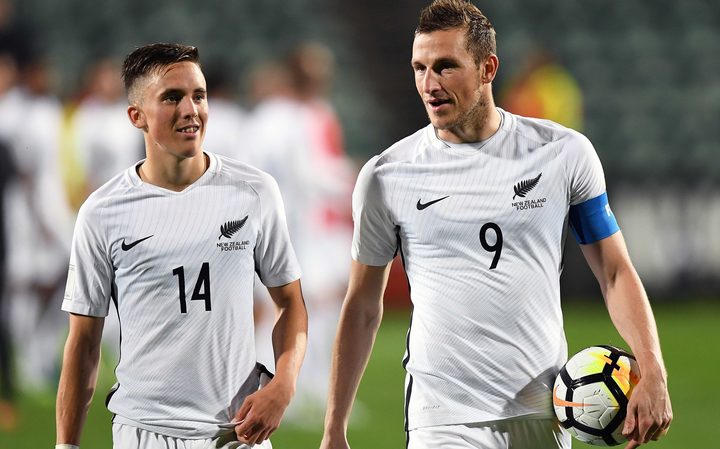 New Zealand defeated the Solomon Islands 6-1 in a dominant performance at QBE Stadium in Auckland on Friday.

The squad will fly to the Solomon Islands early on Monday morning for the second leg on Tuesday afternoon.

Hudson feels they have enough depth in their squad to deal with the upcoming challenge in Honiara without two of their key playmakers in Wood and Thomas.

"I have made the decision to release Chris and Ryan as we have the players within this group to win the game and finish the job. I wanted to either rest them on the bench or send them back early and I've decided to do the latter," said Hudson.

The decision comes after the Solomon Islands coach, Felipe Vega-Arango, admited his side has little hope of chasing down the All Whites massive aggregate in the return leg.

Vega-Arango said the All Whites proved they were in a class above, but he hoped his side would learn a lot from the experience heading into the return leg.

But Hudson said he would not be taking anything for granted in Honiara.

"The objective for this group of players is simple; perform well, win the game and confirm our place in the Intercontinental Playoff. No one in our squad is thinking about November yet and we can't afford to with what is at stake in this match," he said.

The winner of the home and away fixtures will advance to the Intercontinental Playoff against the fifth-ranked South American team in November for a place in the 2018 FIFA World Cup.