Briton's Chris Froome has survived the first of two successive mountain finishes to hold on to the red jersey in the Vuelta a Espana. 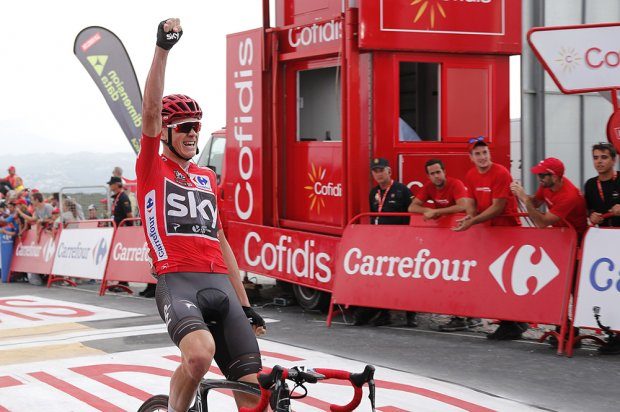 Froome came fourth in Stage 14 which finished with a 1,830 metres climb up the Sierra de La Pandera and only lost four seconds of his overall lead to nearest challenger Vincenzo Nibali.

Polish rider Rafal Majka took the stage by an impressive margin of 27 seconds, picking up his first win at La Vuelta to go with three stage victories at the Tour de France, where he was King of the Mountains in 2014 and 2016.

Majka, who came third overall in La Vuelta in 2015, joined a breakaway group of 10 riders 20km into the race and outlasted them all, burning away from Bart De Clercq, Rui Costa and Patrick Konrad in the final 10km, just before the climb kicked in, finishing 27 seconds ahead of Miguel Angel Lopez.

"I feel really great. I crashed at the Tour but I was second in Poland, and I came to the Vuelta aiming for GC. But then I was sick in the first days and I almost went home. Now I'm just so happy, not because I won but for my team mates," Majka told reporters.

"They trusted in me and did a great job. I was very confident. I had good legs, and Patrick Konrad did a really good job with me in the break. Then I knew at 10 km to go I needed to go at full gas. It was like a time trial from there."

Nibali came third to take the four bonus seconds off Froome, who was just behind the Italian in fourth.

Alberto Contador attempted a twin attack with Nibali in the final 3km to dart 10 seconds ahead of the red jersey group but could not last and finished six seconds behind Froome, in seventh.

Briton Froome, who had bloody right knee and left elbow and hip pain from his crash in stage 12, found himself around the back of the red jersey group for large chunks of the stage but withstood late attacks from Contador and Esteban Chaves to finish along with Nibali.

He holds a 55-second lead two-thirds into the race.

Stage 14, which finished in the Sierra de La Pandera, included 1,830 metres of incline while Stage 15 will be even more punishing, 2,510 metres up in the Sierra Nevada mountain range in Granada.