The England skipper Ama Agbeze says her side is inching closer and closer to parity with netball powerhouses Australia and New Zealand.

The 34-year-old Northern Stars recruit led the Roses to a shock 49-45 win over New Zealand on Wednesday keeping their Quad Series hopes alive. 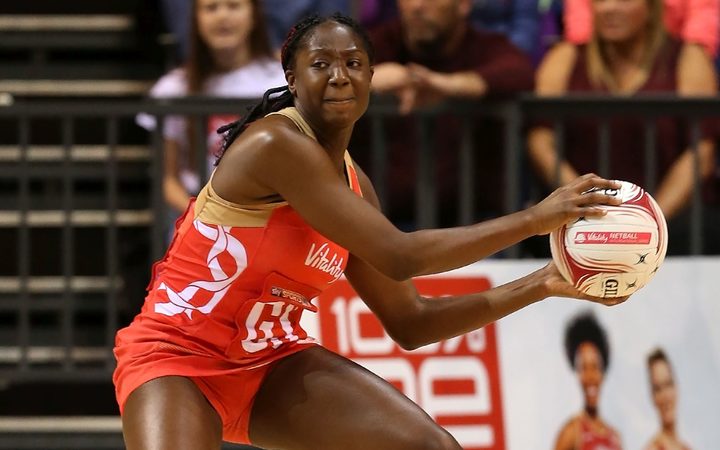 Agbeze's Roses must now beat South Africa in Invercargill on Sunday boosted by the return of shooter Jo Harten, who missed Wednesday's match with injury and hope the Ferns upset Australia to lift the Quad Series trophy.

The goal defender said England's clash against the Proteas who narrowly lost their Tests to Australia and New Zealand would be a major challenge.

But she felt her side was slowly improving and reaching the level of Australia and New Zealand, with next year's Commonwealth Games on the horizon.

After the Quad Series' conclusion, England will remain in New Zealand to play the three-Test Taini Jamison Trophy series, starting next Thursday.

"Hopefully we're starting to tip the odds more in our favour," Agbeze said.

"I know New Zealand are going to do their homework, they won't like the fact we've beaten them and from the first game where they didn't win lots of ball, we also kept them quite quiet. So it's probably 50-50, but we're going out to win.

"The more we can win, the more confidence we'll get going forward."