A English country cricket match was abandoned after an arrow fired from outside the ground landed on the field.

Spectators watching Surrey's match against Middlesex were asked to take cover and the players taken off after the crossbow bolt was shot into The Oval.

Armed police carried out a "controlled evacuation" of the ground after the incident was reported.

A Met Police statement said the incident "is not being treated as terrorism-related".

No-one was injured and no arrests have so far been made. 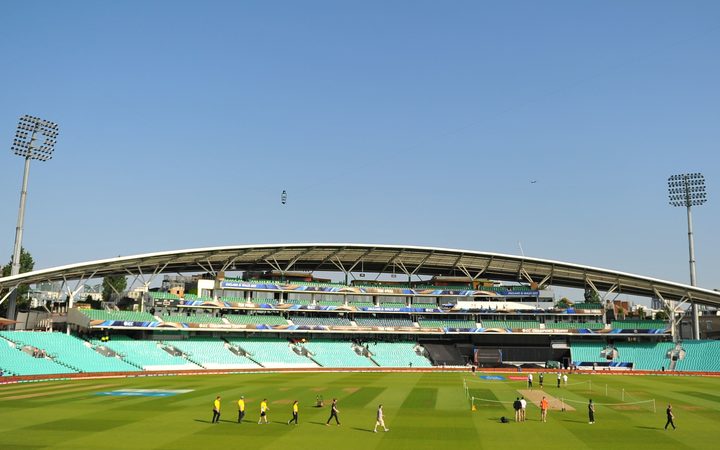 The game ended in a draw, with John Simpson's unbeaten 88 helping Middlesex into a lead of 181 runs with three wickets in hand when the players were taken off the pitch.

"To aim at a particular player is very, very hard to do, it's about 150m to the nearest vantage point," he told BBC Radio 5 live.

"It's a very difficult target for somebody who is trying to do specific damage and it feels more like an act of mischief. But it could have done serious damage - I've seen the tip and it's very sharp and it was poking into the ground.

"I can't stress enough what a dangerous weapon this arrow was - 18 inches long with a long metal tip. It could so easily have hurt someone and it landed eight yards from about five players."