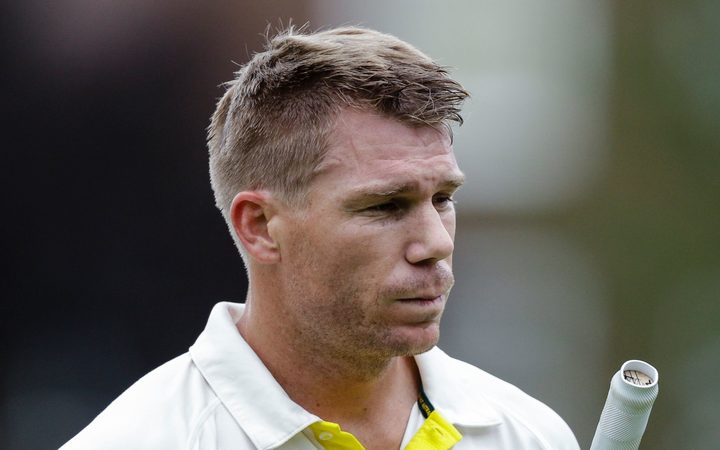 The duo forged a stubborn unbroken 81-run stand for the third wicket and hold the key to Australia's hopes of successfully completing the tricky 265-run chase as Australia ended the third day at the Shere Bangla National Stadium on 109 for two.

Warner, whose average in Asia is roughly half what he manages at home, was on 75 at the close, a belligerent knock studded with a six and 11 fours.

Smith, Australia's best bet against spin, had reached 25, with Australia still needing 156 for what would be a memorable victory on a pitch where the ball has spun alarmingly and bounced unpredictably.

Earlier, Nathan Lyon kept Australia in the contest, claiming six for 82 to help bowl out Bangladesh for 221 after the hosts had resumed on 45 for one.

The off-spinner dismissed Taijul Islam and Imrul Kayes cheaply but Tamim Iqbal and Mushfiqur Rahim added 68 runs for the fourth wicket to stretch their overall lead.

Tamim celebrated his 50th test appearance by hitting his second fifty of the match, his fluent 78 including eight boundaries.

Usman Khawaja bowled the first over after the lunch break -- his first deliveries in international cricket -- but it was Lyon who damaged Bangladesh after Pat Cummins had dismissed Tamim with a sharply rising delivery.

The off-spinner accounted for the wickets of Shakib Al Hasan and Sabbir Rahman, whose straight drive Lyon deflected onto the stumps at the non-striker's end to run out Mushfiqur for 41.

Australia's tricky chase got off to a poor start with Matt Renshaw, who had top-scored for the team in the first innings with 45, trapped leg-before to Mehidy Hasan for five and Khawaja fell for one for the second time in the match.

Smith appeared to have a charmed life while his deputy Warner soldiered on at the other end.

The Australia captain, walked off, convinced he had been stumped off Mehidy before he had started his innings and had to be called back after replays suggested otherwise.

Warner also got a reprieve on 14, when he edged Shakib and the ball flew past Soumya Sarkar even before he could put his hands together at slip.

Realising the futility of trying to block, Warner decided to back his natural aggressive game and scored bulk of the runs.