A new report shows over 30 percent of athletes at the 2011 world athletics championships admitted having used banned substances. 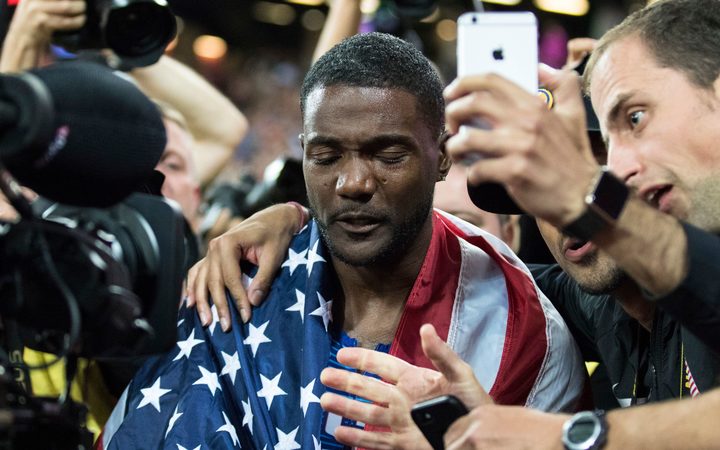 US sprinter Justin Gatlin who has twice been banned for doping Photo: Photosport

The study, commissioned by the World Anti-Doping Agency, found that more than 30 percent of world championship participants and over 45 percent of athletes at the 2011 Pan-Arab Games said they had taken banned drugs.

The researchers from Germany's University of Tuebingen and Harvard Medical School asked a total of 2,167 athletes whether they had used banned substances.

The 2011 world athletics championships were held in Daegu, South Korea while Qatar hosted the Pan-Arab Games that year.

A process of indirect questioning was used for the study titled "Doping in Two Elite Athletics Competitions Assessed by Randomized-Response Surveys" in order to guard the athletes' anonymity.

More than 90 percent of athletes asked to take part agreed to do so.

Only 0.5 percent of drugs tests in Daegu were positive, while the figure was 3.6 percent at the Pan-Arab Games.

"As described in the publication this is likely due to the fact that athletes have found numerous ways so as not to be caught during tests."

The study's release had been delayed for years as the researchers wrangled with the World Anti-Doping Agency (WADA) and the international association of athletics federations (IAAF) over how it was to be published, researchers said.

It has now been published in Sports Medicine magazine.

Athletics is desperate to improve its tarnished image after a doping scandal led to the banning of Russia's track and field team from the 2016 Olympic Games in Rio de Janeiro.

More than 100 athletes have been found to have used drugs at the Beijing 2008 and London 2012 Olympics during re-tests conducted last year by the International Olympic Committee.