The Italian cyclist Matteo Trentin has won the 10th stage of the Vuelta a Espana, while Briton Chris Froome retains the tour leaders red jersey. 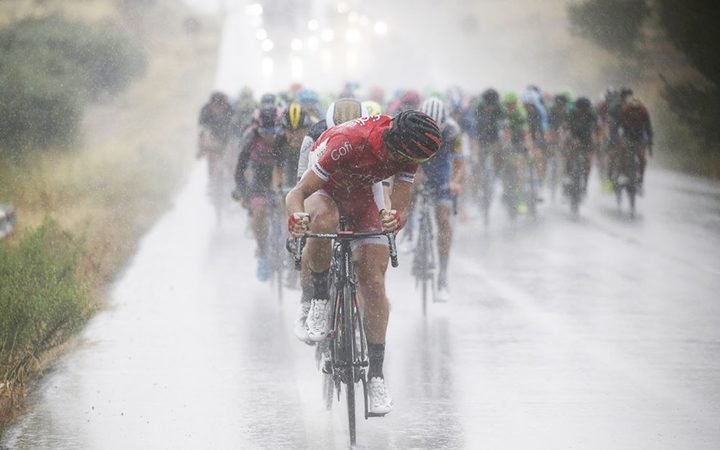 The 164.8km run from Caravaca de la Cruz to Alhama de Murcia ended with a thrilling descent after riders climbed the Collado Bermejo.

Trentin sealed his second stage win by beating Jose Joaquin Rojas of Spain in a sprint, despite the Murcia-born rider's desperation to win on home soil.

Italian Quick-Step Floors rider Trentin completed the stage in a time of three hours, 34 minutes and 56 seconds, his team's fourth stage victory of the Vuelta, ahead of Movistar's Rojas and another Spaniard, Jaime Roson Garcia of Caja Rural.

"I really wanted it. I was thinking about this stage for a while because the climb was hard, but it was a steady grind," Trentin said.

"It was something that I can handle pretty well. I knew the downhill was really technical. For me it was good having Rojas in the front group because he was really, really good going down. I could just follow him."

Froome held his general classification advantage of 36 seconds ahead of Colombian Esteban Chaves of Orica-Scott and BMC Racing Team's Irish rider Nicolas Roche, the only mover in the top 10 after a late attack.

The descent conditions were tricky, with Cofidis rider Luis Angel Mate crashing, but Roche took advantage to skilfully move up the rankings, coming in 29 seconds ahead of the main field.

"It was a good day. It wasn't really a plan to go on the descent until I saw Vincenzo (Nibali) open up a small gap. But I was there with him and said, 'Let's go and see what happens'," Roche said.