New Zealand will get its first day-night cricket Test in March next year, following Eden Park's successful application for resource consent from the Auckland Council. 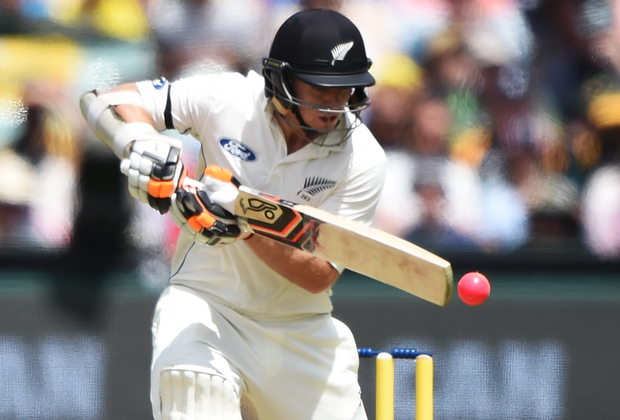 New Zealand's Tom Latham batting during a day-night Test between in Australia in 2015. Photo: PHOTOSPORT

The first Test between the Black Caps and England starting 22 March will be played under lights.

The fixture today received the blessing of an independent panel of commissioners, and now looms as one of the highlights of the Blackcaps' 2017-18 home summer.

New Zealand Cricket (NZC) chief operating officer Anthony Crummy was delighted with the approval, saying the day-night timeframe would make the Test more accessible for fans - many of whom would not otherwise be able to attend or watch.

"NZC has a particular focus on improving access to cricket for everyone," Mr Crummy said.

"Being able to stage the Test as a day-nighter is a significant step in the right direction.

"This means we can promote cricket in its most modern and vibrant incarnation; we can improve accessibility for new audiences, and we can showcase Eden Park, Auckland and New Zealand to a truly global audience," he said.

Worldwide, only five Day-Night Tests have so far been played, three of which were staged in Australia, including the inaugural Day-Night Test between the Blackcaps and Australia at Adelaide in November 2015.

In the most recent match between England and West Indies in Birmingham, 70,000 tickets were sold across the first three days.

Mr Crummy said Test cricket was facing challenges in terms of relevance and context, and this was being borne out by crowd numbers, viewership ratings and broadcast right values.

"This a very important outcome for Test-cricket lovers in New Zealand - simply because it allows us the opportunity to play the game at a time when more people can engage with it.

"We're sure it will be a very successful event, and that English and New Zealand fans alike will make the most of the opportunity."