Australia's hopes of averting disaster in Dhaka rest on the shoulders of captain Steve Smith after a calamitous top-order collapse left Bangladesh on top in the first Test. 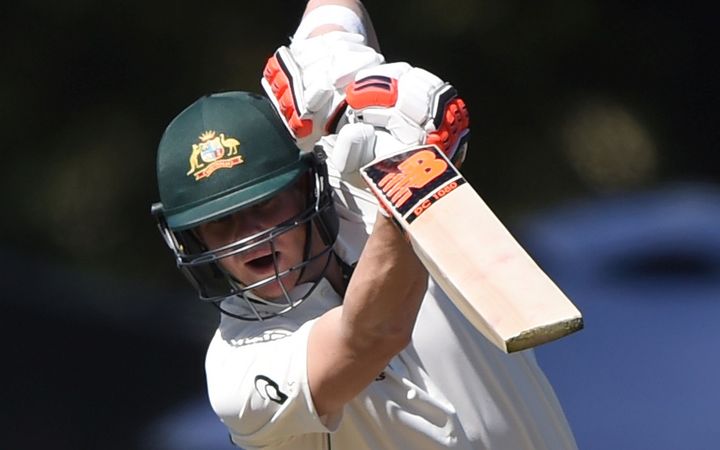 The visitors went to stumps on day one at 3-18, having earlier bowled out Bangladesh for 260 with a disciplined performance in oppressive heat and humidity.

The good work of Pat Cummins, Nathan Lyon and Ashton Agar, who snared three wickets apiece, was undone within 10 balls that Australia would dearly love to get back.

David Warner was the first to fall, trapped LBW on eight by teenage offspin prodigy Mehedi Hasan in the fourth over.

Warner had successfully reviewed an LBW decision on the previous delivery, but there was no doubt the second time around with the vice-captain succumbing to another subcontinent defeat.

Usman Khawaja was run out the following over after an ill-judged attempt to sneak a single, while nightwatchman Nathan Lyon lasted five balls before departing for a duck.

Smith will resume alongside Matt Renshaw on Monday with the Australians in desperate need of a saviour.

The skipper is a proven performer on the subcontinent, averaging an astonishing 71.28 during the tour of India earlier this year to cement his status as the world's premier Test batsman. 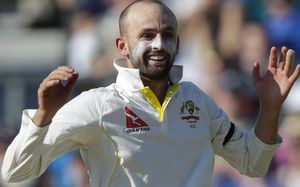 Lyon, who overtook Richie Benaud as the second-highest spin wicket-taker in Australian history on the way to snaring his 250th Test wicket, declared that the game remained in the balance.

"It's not ideal losing three wickets but that's the game," Lyon said.

"We've got two very, very good batsmen (at the crease) ... we're just going to have to work hard, bat well and bat long in partnerships.

Speed demon Cummins earlier defied the draining 75 per cent humidity with a lethal opening spell to leave Bangladesh reeling at 3-10.

Star batsmen Shakib Al Hasan and Tamim Iqbal turned the game in the hosts' favour with an aggressive 155-run partnership.

Part-time spinner Glenn Maxwell broke through before tea to have Tamim -- who belted three sixes off the bowling of Lyon -- caught by Warner at backward point on 71.

Lyon then claimed the big wicket of Shakib, who was caught by Smith at first slip on 84 off a delivery which spun sharply away from the left-hander.

Recalled left-arm spinner Agar chipped in late to finish with three wickets in his first Test since 2013.