A ruthless Floyd Mayweather scored a 10th round technical knockout over mixed martial arts champion Conor McGregor, cementing his legacy as one of boxing's all-time greats. 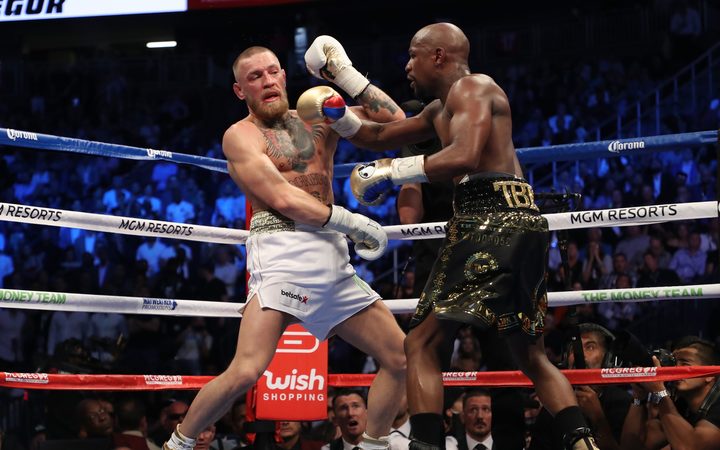 McGregor, making his professional boxing debut, had boasted he would knock out the 40-year-old American early but his lack of ring savvy betrayed him as Mayweather improved to 50-0 to surpass heavyweight great Rocky Marciano's 49-0 record for most wins without a loss or draw.

Whether the megafight will be the richest of all-time, as promoters predicted, is still to be determined but Mayweather left no doubt of his place in the pantheon of boxing greats in what he said was his last fight.

As promised, McGregor came out full of fury and menace but Mayweather, long regarded as the finest defensive fighter to step into the ring, left few openings and used the first three rounds to feel out his opponent.

By the fourth round Mayweather went on the attack and started landing blow after blow against a suddenly desperate McGregor who was bravely hanging on while clutching and grabbing the American.

In the 10th, Mayweather moved in for kill pinning a visibly fatigued McGregor against the ropes and landing a flurry of punches when the referee stepped in to stop the fight.

See how the match unfolded on RNZ's blog with Jamie Wall.