The Italian Quick-Step Floor rider Trentin completed a hat-trick of stage wins in grand tours, adding victory in the Vuelta to the Tour de France and the Giro d'Italia.

He rode the 198.2km route from Andorra's Escaldes-Engordany to Tarragona, Catalonia in 4:43:57. 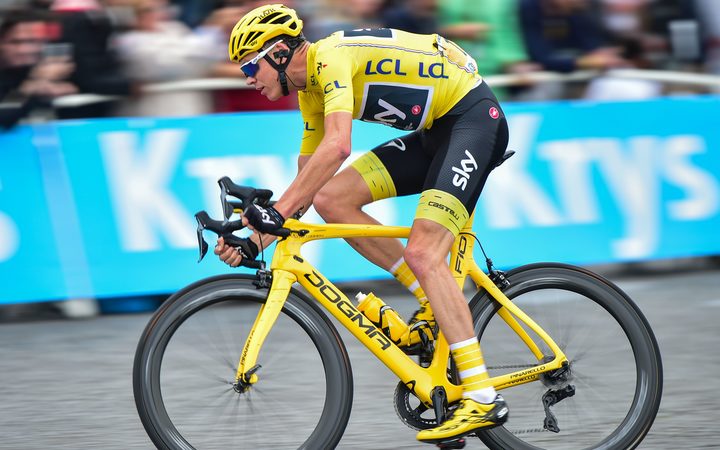 Chris Froome is trying to add the Vuelta A Espana title to the Tour de France he won. Photo: Photosport

"I was really looking for this stage win because I'm really going well in this last part of the season," Trentin told reporters.

"After my crash that spoiled my time in the Tour de France, I was just thinking about coming here and winning stages."

This was Quick-Step's second stage win of the Vuelta after Yves Lampaert took stage two.

Team Sky's Froome stays in the red jersey after finishing in the bunch, leading David de la Cruz, Nicolas Roche and Tejay van Garderen by two seconds, with an overall time of 13:37:41.

The Briton is attempting to become the first rider to do a Tour de France and Vuelta double since Bernard Hinault in 1978, when the Spanish race took place earlier in the year instead of in gruelling August heat.

"It's a great feeling to be back in red after six years," said Froome. "It's a huge privilege to be in this position.

"We'll get to tomorrow, tomorrow. I'm taking it one day at a time and just enjoying being in the red jersey."

Tom Scully was the best of the New Zealand riders finishing 87th on the stage.

Nelson rider George Bennett is the best placed of the New Zealnaders overall back in 113th place nearly 20 minutes off the lead.