The Central Pulse held their nerve to close out a riveting 56-55 win over the Mystics in the opening round of the national netball Premiership in Hamilton. 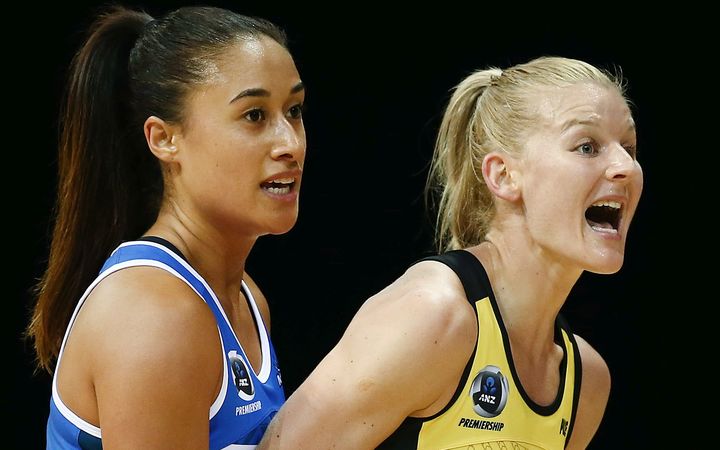 Maria Tutaia of the Mystics and Katrina Grant of the Pulse. Photo: Photosport

The Pulse put a tentative first half behind them to produce the compelling victory.

The Mystics midcourter Elisapeta Toeava made good connection with shooter Bailey Mes to give her team the early upper hand.

But coming on late in the second quarter, teenaged shooter Tiana Metuarau steadied the Pulse attack, netting 16 from 19.

The Pulse's Phoenix Karaka was named most valuable player. 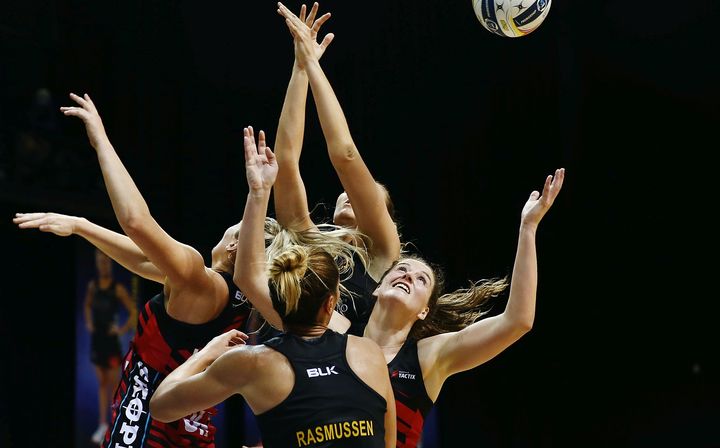 Jessica Moulds of the Tactix competes for the rebound against Lenize Potgieter and Grace Rasmussen. Photo: Photosport

In game two, the Waikato Bay of Plenty Magic outclassed the Mainland Tactix 71-48 in game two of the opening round of the national netball premiership in Hamilton.

Defender Casey Kopua returned to the Magic after a season on the sidelines for the birth of her first child and showed her competitive edge had not beeen dulled.

Once in the groove, the new shooting combination of South African import Lenize Potgieter and Monica Falkner were deadly accurate, not missing a shot as the Magic took a 16-14 lead into the first break.

The Tactix struggled to cope with the Magic's long-limbed defenders as their shooting went off the boil, the home team pushing out to a 30-24 lead at the main break.

The Magic put their stamp on proceedings with a storming third stanza.

A number of changes, including the switch of Grace Rasmussen from wing attack to goal attack, were seamless as the home team moved into overdrive.

A natural playmaker, Rasmussen proved the perfect foil for Potgieter, the elegant shooter taking until the third quarter to miss her first shot in an impressive first outing which produced a telling return of 54 shots from 58 attempts.

The Tactix had few answers to the Magic's dazzling ball speed and handling finesse as the Magic piled on 24 goals during the third stanza to take a commanding 54-35 lead at the last break.

Rasmussen was named most valuable player. 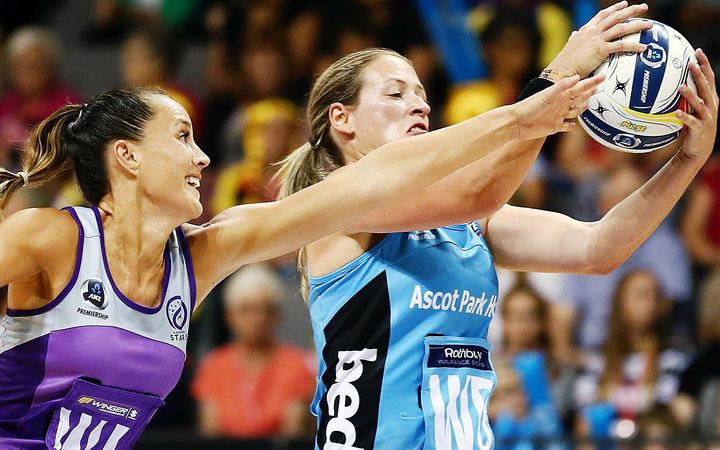 Wendy Frew of the Steel takes the ball ahead of Courtney Tairi of the Stars. Photo: Photosport

In game one, the Southern Steel defeated the Northern Stars 75-57.

As the best New Zealand side last year in the final season of the trans-Tasman championship and with four Silver Ferns in their mix, the Steel showed the benefits of a settled line-up.

The Stars had their moments, showcasing their potential but a lack of time together was evident as the trailed 35-26 at half-time.

But a late flourish from the Steel saw them post nine more points than their opponents in the final stanza, with Jhaniele Fowler-Reid top scoring in the match with 52 goals from 54 attempts.

The Steel's Gina Crampton was named most valuable player.