New Zealand have achieved an historic clean sweep over Pakistan with a 138-run victory in the second cricket test in Hamilton.

New Zealand's pace bowlers sparked a final session collapse to dismiss Pakistan for 230 and give them a 138-run victory clinching their first series win over Pakistan since 1985. 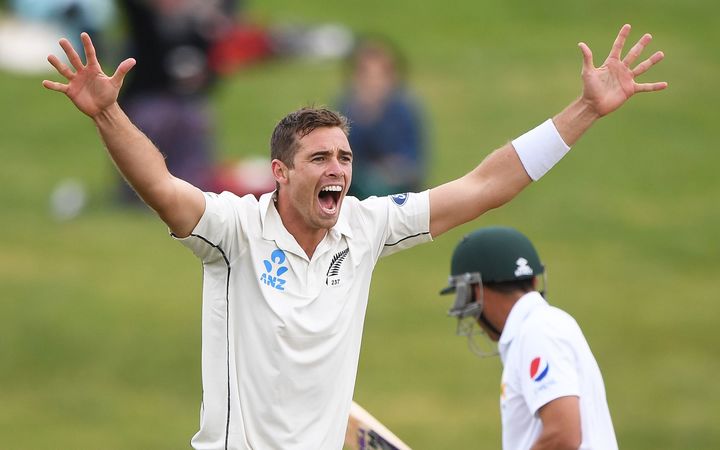 Tim Southee was named player of the match. Photo: Photosport

The visitors had set themselves up for an enticing final session pursuit for the 369 victory target having moved to 158 for one at tea, but a more attacking strategy and the second new ball swung the game back in New Zealand's favour.

Pakistan lost their last nine wickets for 72 runs to crash to a 138-run defeat.

Neil Wagner grabbed three wickets to wrap up the tail after Tim Southee, Matt Henry, Colin de Grandhomme and spinner Mitchell Santner had all claimed victims in the final session as the visitors slumped from 199-3 to 230 all out.

Pakistan, who are ranked second in the world, had not lost a test series since they were beaten 2-0 by Sri Lanka in August 2014, winning five and drawing two, which included one tied series in England this year that gave them the top test ranking before India supplanted them. 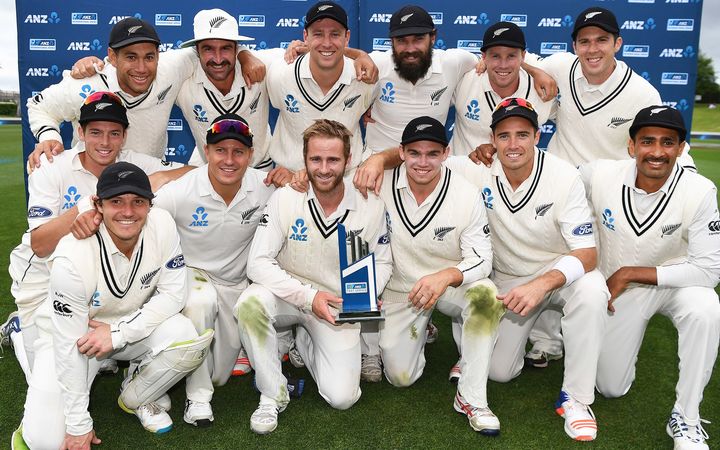 The Black Caps have made a cleansweep of the two test series against Pakistan. Photo: Photosport

The series win moves New Zealand up from seventh to sixth on the world rankings.

The New Zealand bowler Tim Southee was named the player of the match having taken eight wickets.

Look back over the match here: