The New Zealand Breakers won their first game with new guard David Stockton on deck, claiming a 100-85 victory over the Illawarra Hawks in their NBL basketball clash in Auckland. 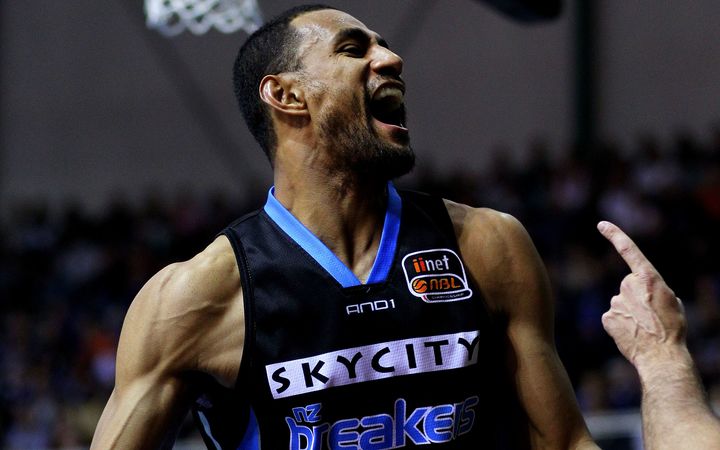 The Breakers are now third on the ladder.

In his first NBL outing after replacing the injured Ben Woodside, Stockton ran rings around the Hawks.

The 25-year-old had 17 points and five assists on debut, tying the Hawks Rotnei Clarke for game-high honours while the Breakers' Thomas Abercrombie (16 points), Kirk Penney (16) and Corey Webster (14) relished the service of their new point man.

After the game Breakers coach Paul Henare was happy about the performance of his new import.

"My first take on Dave is I don't think he will be too bothered about anything on the floor. I think he will come out and play the way he plays, whether the team is going well or not so well," Henare said.

"He has a good way about him; he just looks like a hooper.

"David came in and pushed the pace and added something different and shared the ball. It was a good start for him, but he's just figuring his way through the system and where guys are going to be."

Hawks coach Rob Beveridge lamented his side's lack of intensity at the start of the game.

"We knew we were playing one of the best offensive teams, one of the best shooting teams in the league. We know how good they are with their penetration-and-kick game and we did an absolutely horrible job early," Beveridge said.

"[The Breakers] were making everything. It's like one of those things, you sit back as a fan and say, 'this is exciting stuff', but from an opposition perspective I was pretty annoyed.

"We had a good game plan and knew what we were doing; we just didn't execute it."

Both teams do battle again in Wollongong on Sunday.