The All Whites have slipped 28 places to 116th in the latest FIFA football world rankings.

The September rankings don't take into account the All Whites recent peformances against Mexico and the United States.

The New Zealanders lost 2-1 to Mexico and drew 1-all with the USA.

Mexico are 17th in the latest rankings and the United States 24th, which will see New Zealand rise when the next rankings are released. 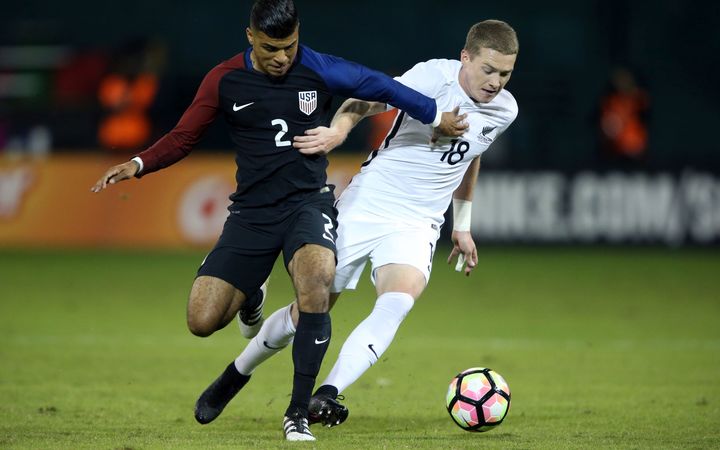 All White Kip Colvey battles for the ball with USA's DeAndre Yedlin during the two sides 1-all draw. Photo: Photosport

Olympic champions Brazil jumped into third with Belgium and Colombia slipping to fourth and fifth respectively.