A stunning fourth-quarter display has given the New Zealand Breakers the perfect start to the ANBL basketball season. 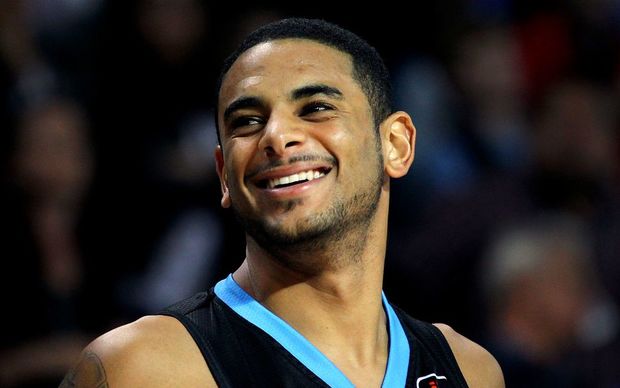 The hosts, who had lost all six of their pre-season games, fought back to claim a 76-71 come from behind win over Melbourne United in Auckland.

The Breakers, runners-up last season, trailed by four points at three-quarter time in an end-to-end affair but blew away their much-fancied opponents in the final period, scoring 28 points.

Shooting guard Corey Webster turned on the heat as the clock wore down, nailing 11 points which included a treble of three-pointers.

The Breakers endured a miserable six losses from six in pre-season but came out of the blocks strongly at Vector Arena, as each side landed blows and counter- blows.

The two sides went into the first break at 17-16, but the class of Breakers stalwarts Webster and Tom Abercrombie subsequently shone through.

Swingman Abercrombie nabbed 10 points in the first two quarters, including a perfect two from two at the three-point line, while Webster picked up five assists.

United, meanwhile, struggled to gain rhythm or shooting precision, scoring fewer than 40 per cent of their overall shots as they went into the break trailing 31-40.

However, the Melbourne-based outfit hit back early in the third, as the Breakers' nine-point lead quickly evaporated and United piled on 13 points in five minutes.

Former Breaker Tai Wesley nailed a three-pointer, as part of his game-high 15, to put United into the lead 47-45, which stretched to a 52-48 lead by three- quarter time.

But the Breakers hit their stride again in the final quarter, cancelling a Majok Majok two-pointer with three-pointers to veteran Kirk Penney and Webster.

A Webster two-pointer then gave the side a four-point buffer with six minutes to play, before the 27-year-old picked up another three-pointer.

The game stretched away from United as the Breakers put on more points through centre Rob Loe and Vukona, before a United mini-revival pulled them back within three.

But composed free throws from Abercrombie, Vukona and Woodside settled the side as they went on to claim a 76-71 victory.