With Westwood in for bogey at the 18th, Moore rolled his birdie putt to within one foot and the tap-in was conceded to seal a 1-up win and clinch a 15-10 lead for the United States.

Team mates, families and friends poured out onto the green to celebrate.

The Americans had last won the biennial match play event in 2008 as Europe ran off three Cup victories in a row, extending their domination to eight of the last 10 meetings.

Brandt Snedeker had set Moore up for the winning point by claiming a 3 and 1 victory over English rookie Andy Sullivan at the 17th hole. 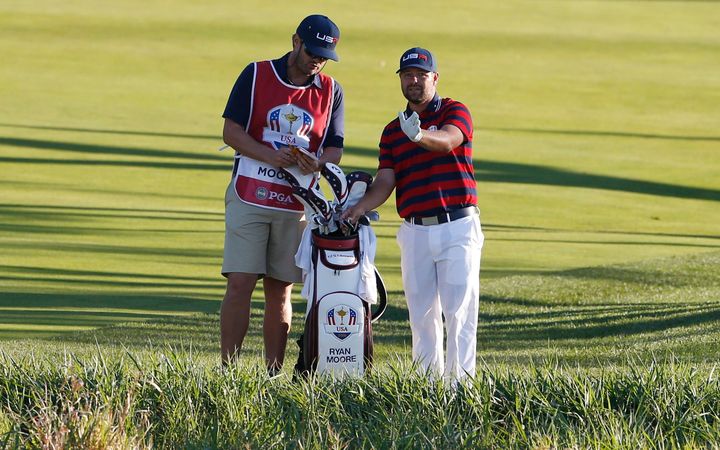 On a brilliantly sunny, warm day, the U.S. side capitalised on their greater depth to close out victory after some titanic early matches in which Europe had closed the gap to one point after entering the deciding 12 singles matches trailing by three.

Sensational shot-making and scoring made for great theatre on the sprawling Hazeltine layout crowded with some 50,000 roaring fans.