The All Blacks have beaten Argentina 36-17 in their Rugby Championship Test in Buenos Aires, scoring five tries to two.

See how the game unfolded here 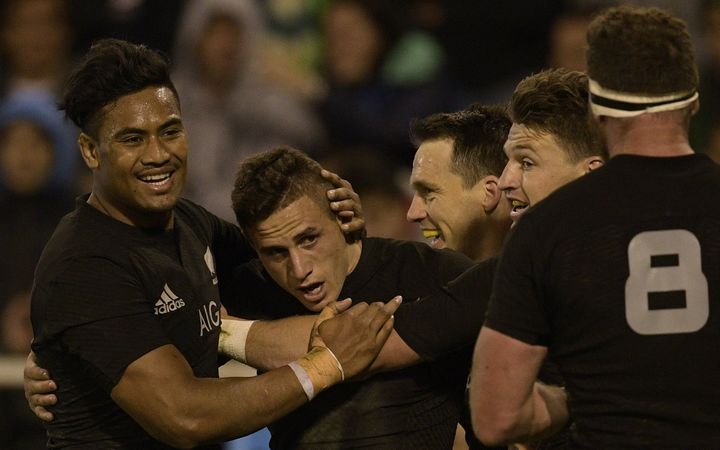 Anton Lienert-Brown opened the try-scoring on the 28th minute mark, followed by tries to Ryan Crotty, Dane Coles and TJ Perenara before half-time, when the New Zealand side led 29-3.

Ben Smith scored the All Blacks' fifth and final try five minutes after the break, then the Pumas dominated much of the second half, with Facundo Isa and Joaquín Tuculet scoring the hosts' two tries.

Damien McKenzie made his Test debut around 10 minutes after the break.

The All Blacks had already wrapped up the Rugby Championship before kickoff.

It's the team's 16th straight victory.