Polish weightlifter Tomasz Zielinski is set to receive an Olympic bronze medal despite finishing ninth at London 2012 - and being currently banned himself. 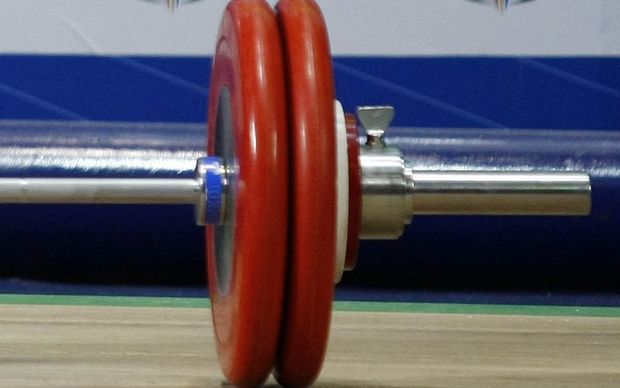 Six other athletes from the men's under 94kg final tested positive for performance-enhancing drugs when their 2012 samples were retested this year.

They included all three of the original medallists - Ilya Ilyin, Aleksandr Ivanov and Anatolie Ciricu.

Zielinski was sent home from the Rio 2016 Games after a failed drugs test in July.

South Korea's Kim Min-jae, who was eighth in London, has risen to the silver medal position following the disqualifications, with Zielinski now taking the bronze.

Kazakhstani weightlifter Ilyin was awarded the gold medal in London, breaking two world records - one for the clean and jerk category and one for total weight lifted - as he defended the title he had won four years earlier in Beijing.

Russia's Ivanov took silver after producing his best-ever lift, as did Ciricu to take the bronze.

But in May, the International Olympic Committee (IOC) said that it had started retesting hundreds of doping samples from the 2008 and 2012 Games, applying the latest scientific analysis methods.

On 15 June, the IOC announced that Ilyin was one of four London weightlifting champions from Kazakhstan to have tested positive.

Little more than a month later, another four athletes from the under 94kg final were suspended by the International Weightlifting Federation.

Silver medallist Ivanov was sanctioned, as were fellow Russian Andery Demanov, who was originally placed fourth, and Kazakhstan's Almas Uteshov, who was seventh.

Azerbaijan's Intigam Zairov - who had finished sixth, and had already been suspended following an earlier retest of a 2008 sample - was the fourth weightlifter named by the sport's governing body.

That left Ciricu as the new 2012 champion - until now.

As it stands, Mohammadpour, Kim and Zielinski are now the medallists - with six of the original top seven disqualified.