The New Zealand shot putter Valerie Adams has finished second to American Michelle Carter in the final Diamond League meeting of the season in Brussels.

In a repeat of the Rio Olympic podium order, Carter finished first with Adams second and Hungarian Anita Martin third.

Carter threw a winning distance of 19.98 metres, while Adams was 41 cm behind her. 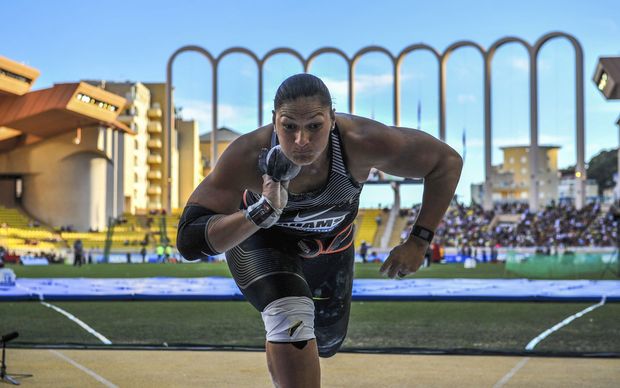 Val Adams has finished second in the final Diamong League meet of the year. Photo: PHOTOSPORT

Adams collected her fifth Diamond League Trophy having already wrapped up the series.

She earns $10 thousand for finishing second in Brussels and a further $55 thousand for winning the overall title.

Carter denied Adams an historic hat-trick of Olympic gold medals in Rio when she threw 20.63cm.

"I was my last meeting of the year so I had to give it everything. I would have loved to go over 20 metres but it wasn't to be but I certainly can't be disappointed with the distance," she said.

The event was held in the city centre in Brussels.

"Throwing in a place such as this was a great opportunity to show off shot putting, it's a great setting. I really enjoyed it and the crowd were great, right behind us," said Carter.

"It's a beautiful setting and I love the architecture. We've had some great competitions in city centres, Stockholm and Zurich spring to mind, but none as beautiful as this."