Kiwis rugby league international Jason Taumalolo is one of five North Queensland players charged on the eve of the NRL finals after he was allegedly caught egging cars. 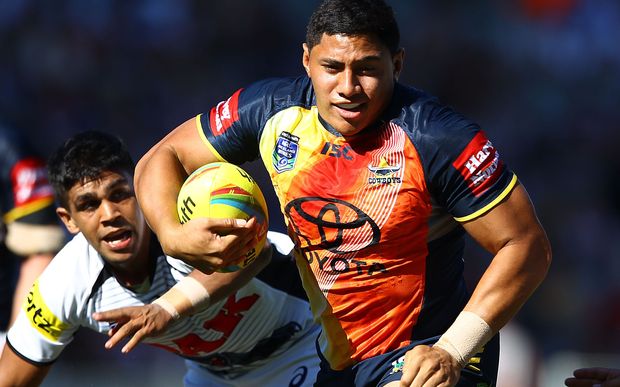 Taumalolo and the other four players have been charged with two counts of wilful damage and will appear in court next month.

The group were stopped by police for a random breath test on Tuesday night when a person accused them of throwing eggs.

It's claimed that earlier in the evening the men purchased and threw eggs which damaged five vehicles, before driving off.