Formula One's commercial supremo Bernie Ecclestone has been asked to stay on for three years after an imminent takeover of the sport is completed by U.S. cable TV mogul John Malone's Liberty Media.

"They want me to be here for three years," the 85-year-old, who over the decades has built the sport into a business with annual turnover of around 2.5 billion dollars.

Media reports have suggested the first part of a broader deal between outgoing rights holders CVC and Liberty Media could be announced today.

However Ecclestone and CVC chairman Donald Mackenzie voiced some scepticism about the time frame at last weekend's Italian Grand Prix. 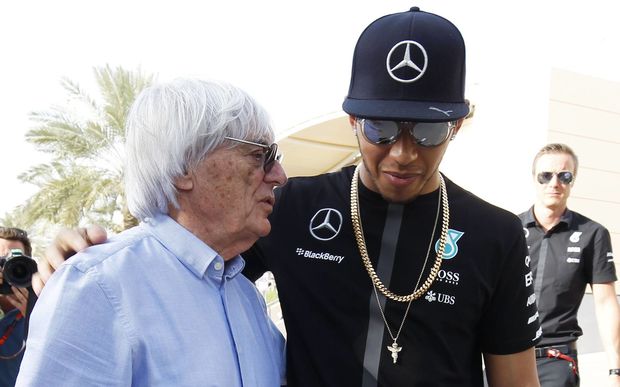 "Honestly, I don't think anybody knows -- including our friends from Liberty, and Donald," said Ecclestone, who still expected the deal to get over the line.

The Briton said he would not be attending next week's Singapore Grand Prix, the social highlight of the sport's Asian calendar, because of the negotiations.

The takeover, which values Formula One at more than 18 billion dollars according to media reports, would represent the biggest shake-up in the cash-rich sport for decades.

A deal with Liberty would also herald a new era for a European-dominated sport that has long sought to break into the U.S. market and win fresh audiences, with team principals already welcoming the possibility of a bigger push.

Malone's Liberty Global is the world's largest international TV and broadband company, operating in more than 30 countries in Europe, Latin America and the Caribbean through a series of different brand names.

One bump in the road ahead could be the need for the deal to be approved by the sport's governing International Automobile Federation (FIA) and other global motorsport series, and European anti-trust regulators.

The FIA has a one percent stake in Formula One's parent company Delta Topco, which could be worth around $90 million according to forbes.com, and that has been held up as a possible conflict of interest.

The privately-owned Force India and Sauber teams have also filed a complaint asking EU authorities to investigate the sport's governance and distribution of revenues.