Chris Froome's hopes of becoming the first rider in 38 years to win the Tour de France and Tour of Spain in the same year were hit by a terrible display in stage 15 when he finished two minutes 40 seconds adrift of winner Gianluca Brambilla. 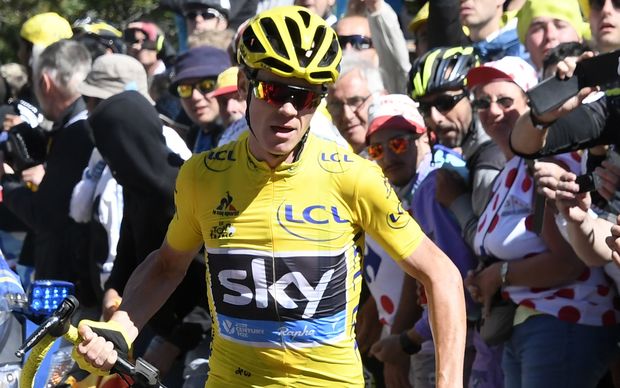 Colombian Nairo Quintana tightened his grip on the red jersey by coming second, three seconds behind Brambilla, stretching his lead over Froome in the general classification from 54 seconds to 3 minutes and 37 seconds.

Colombian Johan Esteban Chaves remains third, a further 20 seconds behind Froome, having finished the stage 47 seconds ahead of Froome after riding most of the stage with the Briton.

Quintana and Froome had completed the last two stages together but it quickly became clear that Sunday's race from Sabinanigo to Sallent de Gallego would be different.

Quintana and Spaniard Alberto Contador attempted various early attacks before forming a breakaway group within the first 10km of the 118.5 km stage.

Froome was left in the peloton with Chaves and their group kept slipping further behind the breakaway.

Three-time Tour of Spain winner Contador eventually trailed off towards the finish, coming home 34 seconds behind Brambilla in sixth place.

"We knew it was a short stage, so at the start of the day everyone wanted to attack," Brambilla told reporters.

"We were with the red jersey within the breakaway, so we weren't sure, but I knew that I was in good shape.

"I started to believe in the victory 10 kilometres from the finish. I saw Contador was starting to fade and I had to follow Nairo.

knew that he was looking for time and if I sat in it was general classification for Quintana and the stage for me."

Tonight's stage is a 156 km ride from Alcaniz to Peniscola ahead of the second and final rest day.

The Tour ends on September 11th in Madrid.