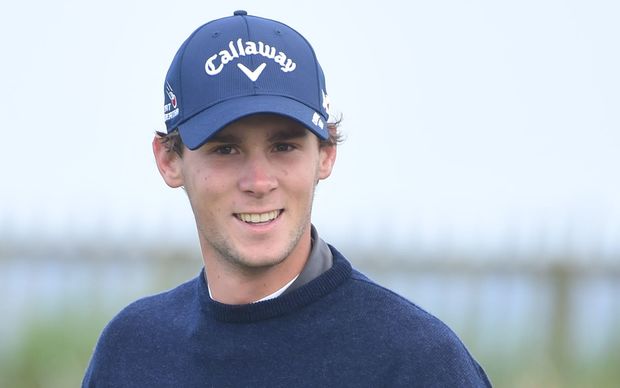 Clarke opted for the powerful 24-year-old Pieters over Scotland's Russell Knox and England's Luke Donald, bringing to six the number of rookies in the 12-man team who will defend the trophy against the United States in Hazeltine, Minnesota.

"Lee Westwood is one of the most experienced Ryder Cup players of all time and Martin is also a Ryder Cup stalwart," Clarke said.

"The third choice came down to Russell Knox and Thomas Pieters. I had to phone Russell and tell him yesterday. It was probably one of the toughest calls I've had to make. But the way Thomas has played golf over the last four weeks has impressed me so much I found it impossible to leave him out."

Englishman Westwood, the former world number one, first played in the biennial team event in 1997 and will be representing Europe for the 10th successive time.

Twice major winner Kaymer of Germany has featured in the last three Ryder Cups, all won by Europe.

Belgium's Pieters has produced excellent form this month. He won the Made In Denmark event, was runner-up at the Czech Masters and finished fourth in the Rio de Janeiro Olympics.

Danny Willett, Chris Wood, Rafael Cabrera-Bello, Andy Sullivan and Matt Fitzpatrick will also be new to the tournament. The other automatic selections, Rory McIlroy, Henrik Stenson, Sergio Garcia and Justin Rose, have all experienced the Ryder Cup before.

Europe are out to win the Ryder Cup for the ninth time in 11 editions when the competition starts at Hazeltine National Golf Club on Sept. 30 and Clarke said he was confident his team would thrive.

"It will be a very tough task," he said. "(The American) team is shaping up very strongly, but my players are world class in their own right. I am proud of this team and have no worries about them at all."

American captain Davis Love will name three of his wildcard selections a week on Sunday, with his final pick not being announced until five days before the tournament begins.