Two-time winners France will play Portugal in Monday morning's final in Paris, after defending stoutly against a German side which dominated possession but conceded a needless first-half penalty before being picked off on the break in the second period. 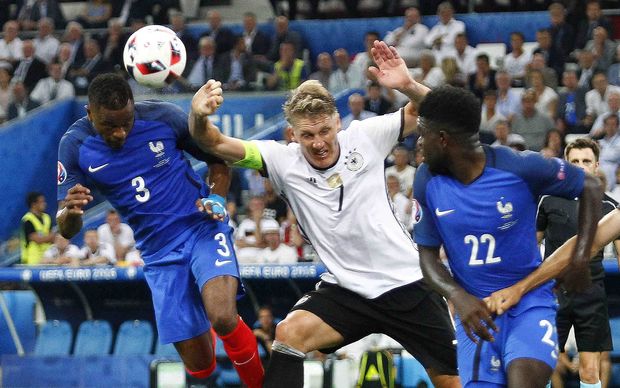 The opening goal came just before half-time, when Bastian Schweinsteiger was ruled to have handled the ball as he challenged Patrice Evra in the air and the tournament's top scorer Antoine Griezmann stepped up to blast the ball home.

Griezmann then poked in his sixth goal of the competition with 18 minutes remaining, after keeper Manuel Neuer flapped at a cross, as France wrapped up their first win over Germany at a major tournament since the 1958 World Cup.