Colin Cooper will carry on as coach of the New Zealand Maori rugby team for a further two years. 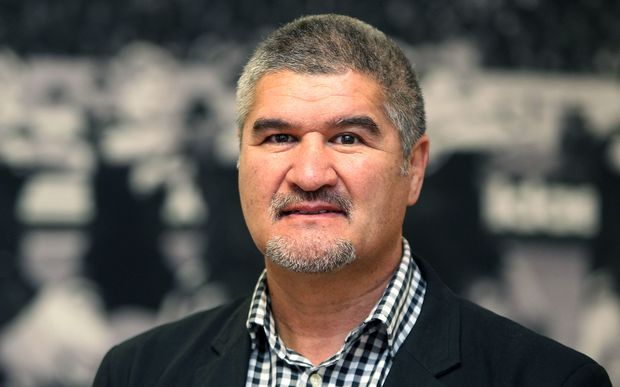 The Taranaki coach (Ngati Pukenga) has had his role extended, with New Zealand Rugby announcing the news via a statement released in Maori, as part of Te Wiki o Te Reo Maori - Maori Language Week.

Cooper, who's been in charge of the side since 2013, will guide them on the November tour to the United States, Ireland and England and coach them against the British and Irish Lions when they tour New Zealand next year.

New Zealand Rugby Maori Board Chairman Wayne Peters welcomed Cooper's reappointment as a strong endorsement of the excellent work he had achieved in developing players from inside the Maori All Blacks team environment.

"This is an incredibly special team, and we are proud of what they represent. Colin has been a key part of the team's success on and off the field. His professional and personal ability to develop great young talent is obvious, and we are delighted that he wants to continue that work," Peters said.

Cooper said continuing his involvement with the Maori All Blacks for this year's tour and next year's historic British and Irish Lions Series, made the job too attractive to pass up.

"Having the Maori All Blacks as a key part of the High Performance pathway to other honours has been a great motivator for players too. It's great to see what players have achieved particularly, the likes of Elliott Dixon, Liam Squire, Charlie Ngatai, Damien McKenzie, Brad Webber and Joe Moody - seeing them named as All Blacks is a great recognition of what the Maori All Blacks bring.

"Maori rugby is already so rich in history, and is an important part of New Zealand Rugby history. But I also think the Maori All Blacks team is really finding its place in the High Performance arena as we have seen from the selection of players into the All Blacks."

Cooper has already been eyeing up potential talent for this year's squad to tour later this year.

"There are some great young players out there and a number of Super Rugby players have already put their hand up for selection, so I'm looking forward to seeing that group come together later this year," he said.

The Maori All Blacks squad will be announced after the All Blacks name their Rugby Championship squad.

In the meantime, Cooper is working with New Zealand Rugby on appointing the remainder of the Maori All Blacks management team.