New Zealand's top triathlete Andrea Hewitt has moved up three places to fourth on the world rankings, less than two months out from the Rio Olympics.

Hewitt's sixth place at the latest round of the World Triathlon Series in Leeds has moved her up from seventh. 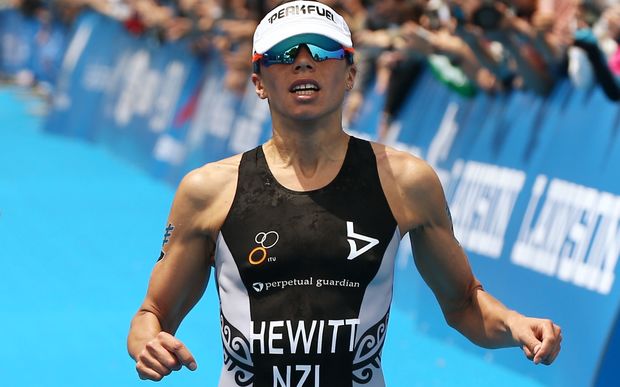 The race was won by American world No.1 Gwen Jorgensen.

"It was a nice course, I enjoyed it. I didn't have my best day today but I was happy to be out there," said Hewitt.

"It was difficult to understand the nature of the course at the beginning, we swam outside the town in a lake and it was hard to know the course in terms of the turns but once we got into town I enjoyed the technical parts."

Fellow New Zealander Rebecca Spence was 23rd while another New Zealander Anneke Jenkins withdrew during the bike leg on her return to racing at the top level.

In the men's race Ryan Sissons finished 13th to consolidate his position at 12th on the world rankings.