Swede Anna Nordqvist became the oldest winner on the LPGA Tour this year when she successfully defended her title in New Jersey on Sunday. 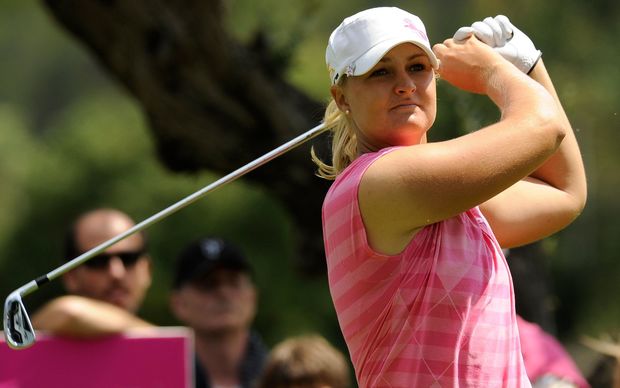 Nordqvist, who started the final round two strokes behind overnight leader Karine Icher of France, stormed to victory with a brilliant seven-under-par 64 in strong winds at the Stockton Seaview Golf Club in Galloway.

She did not miss a green in regulation until the par-five 18th, where she made amends for a poor approach shot by curling home a 12-foot par putt.

Icher did not do a lot wrong, but a closing 69 was only good enough to earn her third place, three strokes behind the winner.

Nordqvist, who turns 29 on Friday, is not exactly ancient, but it speaks volumes of the youth movement in women's golf that she became the oldest 2016 winner by five years.

All previous 14 LPGA events this year had been won by players 23 or younger, with Lydia Ko the youngest winner at the age of 18 years, 11 months when she won consecutive tournaments in late March and early April.

Ko, the New Zealand world no.1, did not compete in New Jersey.

"It feels really special because I've been playing pretty good all spring," Nordqvist said after collecting her sixth LPGA victory, and becoming the first player to win back-to-back in the 28-year history of the tournament.

"My caddie just told me to stay patient and so did the rest of my team, because they knew how well I was playing, getting really zero out of it. Sometimes the longer you have to wait and the more patient you have to stay, the sweeter it feels when it finally pays off."

Nordqvist also spoke of the calibre of competition provided by the wave of young players.

"There's just so many good players these days, and at their age of 18 and 19, I wasn't even close to being as good as they were."

The tour has been dominated this year by Asian players.

South Korean-born players have picked up seven victories, including a pair by Ko, who is now a New Zealand citizen.

Lexi Thompson remains the only American winner. Her victory came in Asia at the Honda LPGA Thailand tournament.

The LPGA Tour heads next to the second major of the year, the KPMG Women's PGA Championship starting at Sahalee Country Club outside Seattle on Thursday.