The Wales rugby team have lost their only warm-up match before heading to New Zealand for the three-test series against the All Blacks, going down 27-13 to England at Twickenham. 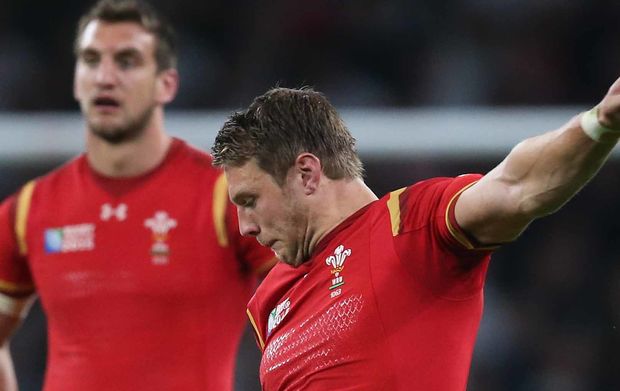 The win will send England on a three-test tour of Australia in confident mood.

It was a satisfying victory for England, beaten by the Welsh in the World Cup in September but who hit back with a Six Nations win en route to a grand slam, but a day to forget for Ford who missed six of his seven shots at goal.

Last time Joe Launchbury was voted man of the match at Twickenham it was, laughably, after England had been bundled out of the World Cup by the Wallabies but the lock had every right to hold his head up this time after delivering a timely reminder to second-row regulars Maro Itoje and George Kruis.

"We didn't get the best of starts but it was great to see everyone dig in," he said. "We had a bit of control in the second half. Myself and all the squad wanted to put in a good performance."

It was not exactly the confidence-building send-off Wales would have wanted for the toughest challenge in the sport - a three-test away series against world champions New Zealand.

"We brought a tempo and intensity in the first half that we didn't bring in the Six Nations," said Welsh centre Jamie Roberts. "But the 12-point swing at the start of the second half killed us really and I think they deserved their victory."

England were without any of the players involved in Sunday's Premiership final when Saracens beat Exeter but, apart from back row debutant Teimana Harrison, still fielded an experienced side against a similarly familiar Welsh XV.

Wales got off to a flier when prop Rob Evans forced his way through some sleeping defenders after seven minutes with Dan Biggar converting and adding a penalty soon after to make it 10-0.

England hit back through centre Burrell, desperate to make an impact after being dumped from the World Cup squad last year, with winger Watson then showing great determination and awareness to get through two tackles then touch down with an overhead backwards stretch for his 11th try in his last 13 internationals.

Trailing 13-10 at the break, England took control within seven minutes of the restart as Youngs showed all his sharpness to cut through two defenders straight from a lineout before No.8 Clifford put in a remarkable turn of speed to score from 50 metres despite Welsh complaints that the turnover had been forced by a knock-on by Dan Cole.

Wales failed to add to the scoreboard after Biggar's 27th-minute penalty and will need to deliver a much more sustained assault if they are to have the slightest chance of claiming a first victory over the All Blacks in more than 50 years and first-ever in New Zealand.