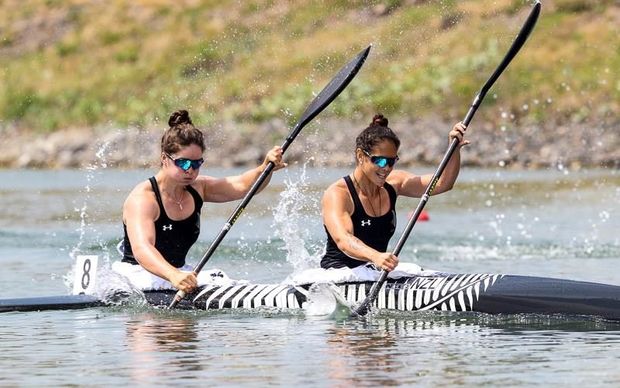 The third place finish followed the New Zealand crew's fifth-placing at the first World Cup heading into the final 67 days until the Rio Olympics.

"They still have so much potential - the girls have shown that last year's improvement was not a one-year thing," coach Rene Olsen said.

"They keep working hard and staying patient as a group and it's paying off."

The crew have only been together for 18 months but again made a fast start in the final, before the German and Ukrainian crews came through as the race progressed.

Germany won in 1min 34.066secs, with Ukraine only 0.011secs behind. The Kiwi quartet finished 1.767secs further back, well clear of Denmark and France.

A day earlier, Lovett and Fisher had combined to win gold in the K2 200m.

"We recorded a similar time to the world champs in Milan last year - if only it was an Olympic event!" Lovett said.

"We're all very happy with our campaign, considering we haven't done too much speed-endurance work to get us through the middle and back end of the races. The team confident we will only go forward from here."

The K4 will sit out this week's final World Cup round in Portugal, with Lisa Carrington and Marty McDowell returning after a 10-day training block in Berlin.