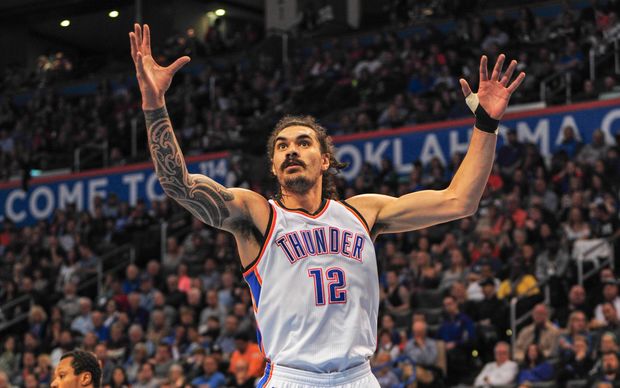 The result means New Zealand's Steven Adams and his Oklahoma side now lead the best of seven series three games to two.

Golden State Stephen Curry poured in 31 points, going 10-for-10 from the free-throw line, as the Warriors overcame a 40-point explosion by Thunder star Kevin Durant to keep their hopes of a title repeat alive.

The advantage reached 13 points, but power forward Serge Ibaka wouldn't let the Thunder go quietly. He swished a pair of 3-pointers, and when Durant added a third, all of a sudden Golden State's lead was just 103-98 with still 4:34 minutes to go. 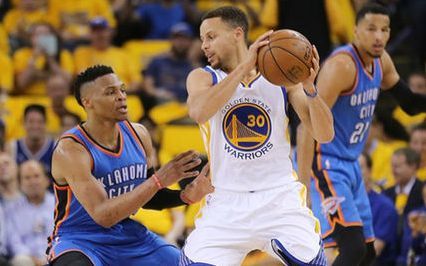 Curry then responded with his biggest hoop of the night, a driving left-handed floater on which he was fouled.

He converted the three-point play, pushing the lead to eight.

The Golden State defence took it from there, holding the Thunder without a field goal until a Durant dunk with 56.9 seconds left, by which point the Warriors had pulled away into a commanding 112-101 advantage.

The Warriors won despite making just nine of their 24 3-point attempts.

Look back at our live commentary

Andrew Bogut had 15 points and a game-high 14 rebounds, and Draymond Green had an 11-point, 13-rebound double-double for the Warriors.

The Warriors shot 47.1 percent for the game to 42.9 percent for Oklahoma City. Golden State battled the Thunder even on the boards, 45-45.

Russell Westbrook backed Durant with 31 points to go with seven rebounds and a team-high eight assists.

Ibaka had 13 points and Steven Adams a team-high 10 rebounds for the Thunder, who were able to eliminated Dallas and San Antonio in earlier series at first opportunity.

The Thunder made 13 of their 30 3-point attempts, outscoring the Warriors 39-27 from beyond the arc.

Game six in the series is on Sunday with game seven, if required on Tuesday.