Four debutants feature in the 14 strong New Zealand men's basketball team named today to travel to Asia to prepare for their Olympic qualifying tounament in July.

Nelson forward Finn Delany, Taranaki forward Jordan Ngatai and guard Ethan Rusbatch and centre Michael Karena, both from Canterbury, are all included for for the first time. 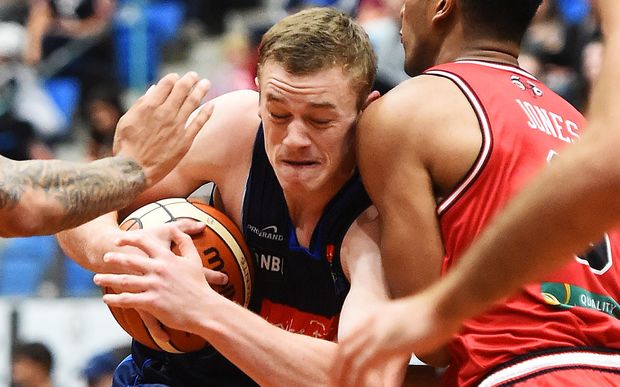 Nelson's Finn Delany is one of four newcomers in the Tall Blacks. Photo: Photosport

Oklahoma City Thunder NBA player Steven Adams had already made himself unavailable for the side.

A final roster of 12 will be picked for the Olympic qualifying tournament in the Phillipines.

"In these modern days of professional sport, playing for the Tall Blacks is a bit of a throwback, in many ways it is 'old school' in how and why sport used to be played," said Henare.

"Mika, Tom, Corey, Ike and Rob and others before have contributed so much to the rich and storied history of this special team. These players will be the backbone of our efforts to qualify for Rio."

The naming of this team also represents something of a changing of the guard, with a new generation of players.

"Our number one goal is to qualify for the Rio Olympic Games. I have every belief that we can overcome the odds and achieve that goal. And yes, we will be underdogs, but how many times are we ever the favourites going into a big contest?," he said.

The side will head to Japan next month for a training camp and closed matches against Japan before going ton to China for a tournament.

They will then head to Latvia and Lithuania for matches before competing at the Olympic qualifying tournament in Manila.