Blues coach Tana Umaga admits there are some distraught players after their heavy 43-5 Super Rugby loss to the Lions in Johannesburg. 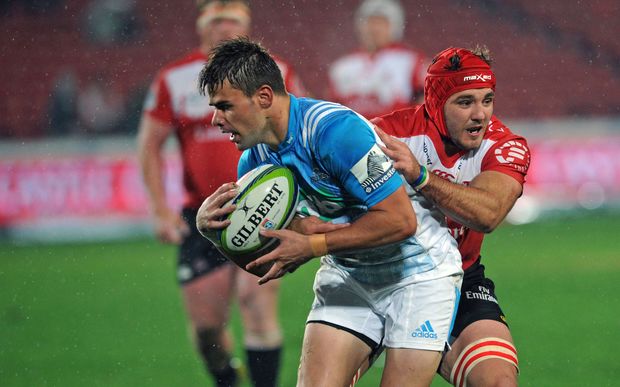 The Blues never got took any control in wet conditions and before they knew it were 19 points down at the end of the first half.

A late try by Joe Edwards saved the Blues the embarrassment of walking away scoreless.

Umaga said the players were hurting after the loss but needed to put it behind them.

"There's some pretty distraught players around but we just have to get on board and learn from it because we've got seven days to put it right and that's what we're looking forward to, that's what we need to look forward to."

Three tries inside the opening 10 minutes set the Lions up and the shell-shocked Blues had no answer.

When asked what went wrong at Ellis Park Umaga said "everything".

"We just weren't able to get into our game and it probably started from the first kick-off when we didn't claim that and made an error from our first line-out and then it just started from there. And then before we knew it we were 19 points behind and trying to play chasing rugby in this kind of weather, really just didn't get any better."

Umaga said they discussed tactics to deal with the rain and they were no different from the Lions...use the ball.

"They got at it first, got at us first and we just couldn't hang on to the ball in that first 10 minutes and made the errors that got them into the positions they wanted to be in and then they scored points from it."

Umaga said he would not make any quick decisions about changes to the line-up but did not rule anything out.

"It's a bit early but look something has to happen after a performance like that and you know you just never know."

Umaga said while today was a set-back, they couldn't let it linger.

"It's always been about trying to get a bit of respect back for us at the Blues and trying to get better week to week and we thought we've been heading on a pretty good tangent, it's not a steep one but this one kind of puts us back a bit but again.

"We've got to make sure that we don't drop our lip too much and think we need to go all the way back to square one. Sometimes things happen and you can't wallow in what happened today."

Lionel Mapoe scored a hat-trick of tries in the win which earned the franchise a valuable bonus point which means they have now won seven of their 10 games.

Warren Whitley had the home side ahead inside the opening minute and Courtnall Skosan and Rohan Janse van Rensburg went over the line twice more in a whirlwind start to the game.

In an equally comprehensive second half showing Mapoe crashed over three times and Warwick Tecklenburg added another in a seven-try rout.

A break away by substitute Kara Pryor seven minutes from the end, which set up a Joe Edwards try, proved the only score of the night for the Blues.

It was a strong comeback for the Lions, who last week suffered a 50-17 home loss to the Hurricanes.

"We had a long chat after that and we are extremely proud to have bounced back," said captain Whitley.

The Lions top the South African group, one point ahead of the Stormers who drew earlier against the Sunwolves in Singapore.

Earlier this morning the Cheetahs beat the Kings 34-20 in Bloemfontein in an all-South African match-up.

Last night, Australia utility back Kurtley Beale suffered a serious knee injury in New South Wales Waratahs' 31-8 victory over the Bulls, less than a day after agreeing a lucrative deal to join English side Wasps.