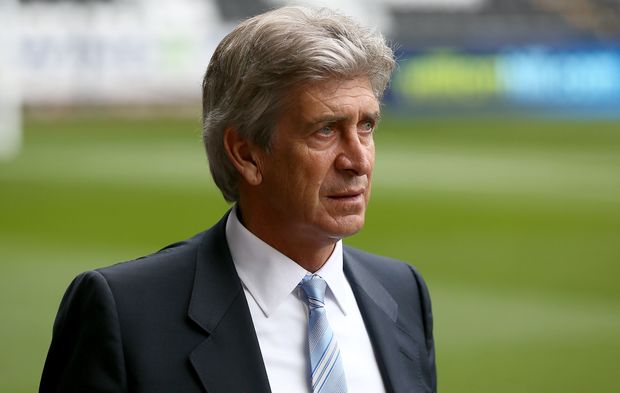 At the end of a week in which the team surrendered meekly in the Champions League semi-finals, City were held 2-2 by Arsenal in the English Premier League to throw into doubt its return to Europe's elite competition next season.

A top-four finish is no longer in City's hands with one week left in the season.

Even more galling, its great rival - Manchester United - is the team that could grab City's Champions League qualification berth.

Fourth-place City is two points clear of United, which has two games left - against West Ham and Bournemouth - to City's one.

"If you don't depend on what you can do, it's more difficult. But I think we deserve to be in the Champion League next year," said Pellegrini, who is being replaced by Pep Guardiola after three years in charge.

Alexis Sanchez earned Arsenal a point with a 68th-minute equaliser at Etihad Stadium, consolidating his team's position in third.

A draw at home to already-relegated Aston Villa on the final day will guarantee Arsenal a 20th straight top-four finish under Arsene Wenger.

Despite losing 2-1 at home to Southampton, Tottenham are assured of a top-three finish and therefore automatic qualification to the Champions League group stage.

Spurs' end to the season is also proving a disappointment, having failed to win any of its last three games and allowing Leicester to seal the title at the start of this week.

Steven Davis scored both goals for Southampton, which is in sixth place and is in position to qualify for next season's Europa League.

Son Heung-min gave Tottenham the lead in the 16th minute.

In today's other game, Liverpool beat Watford 2-0 through goals by Joe Allen and Roberto Firmino to stay in eighth place, but the Premier League isn't the team's priority for the rest of the season.

Liverpool plays Sevilla in the Europa League final on May 18 and manager Juergen Klopp likely will continue to rotate his lineups for the Reds' remaining two league games.

After taking charge of his final home game as City manager, Pellegrini took to the microphone soon after the final whistle to say a final "thank you" to the club's fans.

City's players stood in the centre circle, mostly with folded arms, to watch highlights of Pellegrini's tenure on the big screens.

Yet, only a few thousand fans stayed back after the game to bid Pellegrini farewell. The Chilean coach has won one Premier League title, the League Cup two times and guided City to the Champions League semifinals - the furthest the club has ever progressed in the competition.

But his reign is ending in limp fashion. City barely posed a threat in bowing out to Real Madrid on Thursday and the possibility of now losing its top-four place is, in Pellegrini's words, a "disaster."

For Pellegrini and City, much now hinges on Man United's game at West Ham on Wednesday.

Win that, and United can finish the job by beating out-of-form Bournemouth at home on the final day.

City finishes the season away to Swansea.