Oklahoma won the 98-97 to level the series 1-all with Adams scoring12 points and taking 17 rebounds. 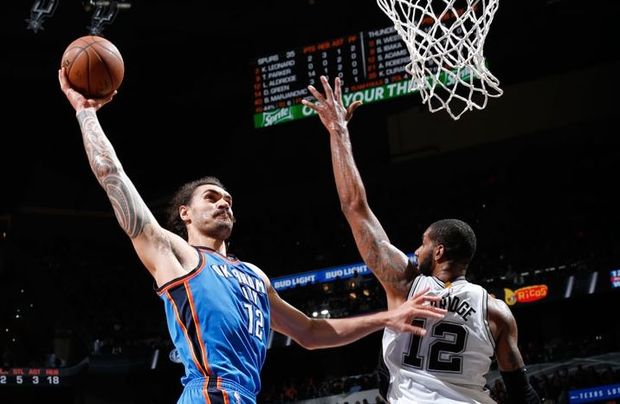 Steven Adams was on form as OKC enjoyed a one point win over the Spurs. Photo: nba.com

Spurs' Patty Mills missed a three-pointer with less than five seconds to play as the Thunder won 98-97 to level the series 1-1.

Meanwhile Cleveland fended off a late charge from Atlanta to record 104-93 win in the opening game of their NBA Eastern Conference semi-final series.

The Cavaliers were up by nine points early in the fourth quarter before the Hawks made a run to draw even - the Hawks going basket-for-basket before wilting in the final minutes.