St George Illawarra coach Paul McGregor has been fined $10,000 by the National Rugby League club after being charged with drink driving. 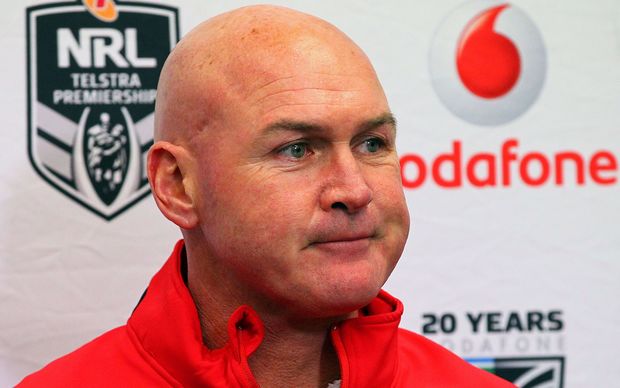 The Dragons confirmed McGregor blew over the limit at a Wollongong roadside test about 10am (NZ time) on Sunday morning, recording a reading of 0.06.

He was charged with low range drink-driving and a court date is to be determined.

The Dragons would not disclose the full amount of McGregor's penalty but said in a statement that the coach had been "heavily fined".

"Paul had spent his day off with friends and family at a charity event, had a full night's sleep, was up working, had breakfast and then jumped in his car to drive, not thinking that he would be over the limit," Dragons CEO Peter Doust said.

"Paul understands the seriousness of the matter, regrets his error of judgement, is extremely remorseful and has accepted the sanctions determined by the club."

McGregor said he was in "total disbelief" when he blew over the limit.

"It was a mistake, a gross error of judgement and one that I deeply regret," he said.

"I got a decent sleep and it was nine hours between drinking and my drive.

"I thought I was in a good state to drive.

"I was in total disbelief when told I was over the limit even though it was low range.

"So I am disappointed and it is something I will certainly learn from."

However the NRL confirmed the club first told its integrity unit about the matter when the DUI news broke on Thursday.

"We expect all clubs to inform the integrity unit matters such as this when they occur and the Dragons have been reminded of that," an NRL spokesman told AAP.

The spokesman did not expect the NRL integrity unit to investigate the matter.

"In these instances the club investigates the matter and hands out a penalty," he said.

"The integrity unit only gets involved if we deem the penalty is not appropriate but we don't expect any concerns."