Super Rugby frontrunners the Chiefs are battling attrition with another five players picking up injuries in their one-point win over the Hurricanes last weekend.

The Chiefs top the standings, one point clear of the Crusaders, though they're running out of fit players.

Coach Dave Rennie has had to ring the changes again for Friday's home game against South African side the Sharks in New Plymouth - although Rennie remained positive. 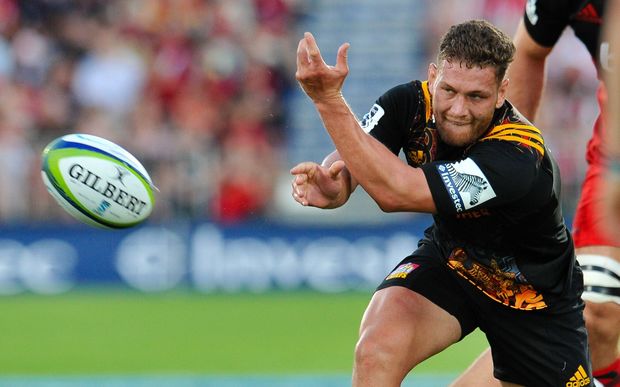 Chiefs halfback Tawera Kerr-Barlow is out for several weeks with a broken hand. Photo: Photosport

"It's been good for us in one way as it creates a bit of depth and helps us learn a lot more about some of these young fellas."

The Chiefs have lost five players from what Rennie said was a "brutal" game against the Hurricanes.

One of those was All Blacks halfback Tawera Kerr-Barlow - the World Cup winner's out for five to six weeks with a fractured hand.

That could benefit fellow Chiefs and All Blacks halfback Brad Weber, who's chances of adding to his solitary Test cap in the June series against Wales have significantly increased.