The Crusaders winger Nemani Nadolo has been suspended for four weeks, after pleading guilty to an illegal lifting tackle in his side's Super Rugby win over the ACT Brumbies at the weekend.

Nadolo offered an early guilty plea after being cited for the illegal tackle on Brumbies halfback Tomas Cubelli just before half-time in the Crusaders' 40-14 win in Canberra on Sunday. 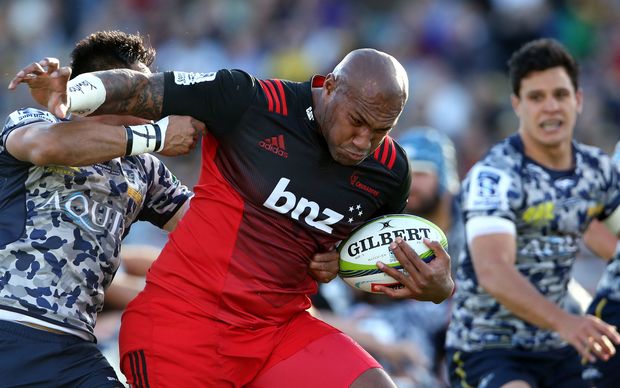 With the Crusaders having a bye this week, the suspension means he will miss three Super matches as Nadolo was due to play a Christchurch club match this weekend, which he will also miss.

He will be available for the Crusaders' game against the Blues in Auckland on May 28th.

Sanzaar judicial officer Chris Morris said the "the tackle was reckless rather than deliberate."

"I took into account World Rugby memorandums about lifting tackles and the need to deter this very action from the game and as such I found it necessary to add two additional weeks to the recommended sanction," said Morris.