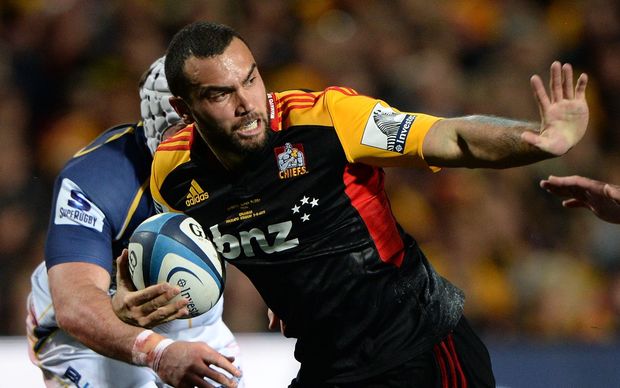 The table topping Chiefs have had to re-shuffle their backline for Saturday night's Super rugby match against the Hurricanes.

Winger James Lowe will miss the match with a shoulder injury he suffered a couple of weeks ago and re-injured at training this week.

He's been replaced by Sam McNicol.

Charlie Ngatai hasn't overcome his shoulder injury suffered in the Blues game and the one-Test All Black has been replaced by Andrew Horrell in the midfield, who will play his 50th Super Rugby game.

There are a raft of changes to the side which played against the Blues before last round's bye.

Among them Dominic Bird's injury woes continue. Having played his first game of the season against the Blues he's out with a foot injury but is expected to be fit for next week's game against the South African side the Sharks.

Former Warriors winger Glen Fisiiahi is also on the bench.