He was the five-eighth fill-in who helped the New Zealand rugby league team consolidate their world No.1 ranking on last year's tour of England, but now Peta Hiku is ready to step aside for the stars. 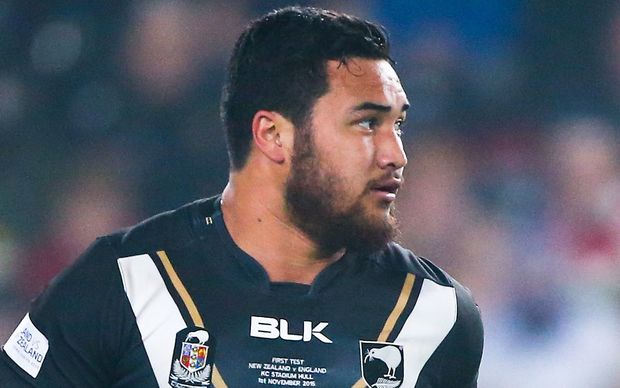 First-choice pairing Shaun Johnson and Kieran Foran were missing from the Kiwis squad that defeated England 2-1 at the end of 2015, but they are expected to return for the next month's (May 6th) Test against Australia in Newcastle.

Hiku played all three games against England at pivot, but is keen to shift to the outside backs, possibly in place of the now-injured Warriors star Roger Tuivasa-Sheck, who's gone for six months with a ruptured ACL

"I was playing in the halves over there and man was it something else. I enjoyed it, but kicking is not my kind of game," Hiku said.

"It is good that (coach Stephen Kearney) had a lot of faith in me to play in the No.6. But in saying that, we had two of our starting halves out injured. They can come back any time."

Foran and Johnson were both at the helm of the corresponding Test last year, when the Kiwis claimed the world's top ranking with a shock 26-12 win over the Kangaroos.

The victory ended a 13-game losing streak in the annual fixture, and was Tim Sheens' last as head coach before Mal Meninga was appointed last December.

Hiku expected the Kangaroos to come out swinging for their new coach.

"They'd be very disappointed in how the last two games have gone between Kiwis and Australia," he said.

"They'll also be fired up, especially with a new coach. I reckon that's another boost for them to do something for him, his first game. They'd want to leave with a memorable one."

Hiku's possible move to fullback could open the door for clubmate Dallin Watene-Zelezniak to finally make his international debut.

The Panthers winger has three times been denied his first game in the Kiwis jumper, first in a freak injury ahead of the 2014 Four Nations, and then suspension ahead of the mid-year Test last year.

He missed the tour of England due to a lung injury.

Cowboys forward Jason Taumalolo is also likely to return to the squad after missing the tour through injury.