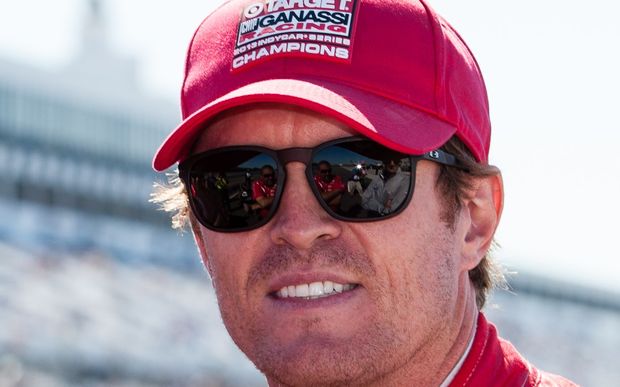 The winning driver, Penske's Simon Pageneud, wasn't called for a penalty for what appeared to be an illegal exit from pitlane, after pulling out on to the track just in front of a fast lapping Dixon.

Pageneud then went on to hold Dixon off and cross the line in first place, leaving the New Zealander questioning the officials' call.

"I think he went all four (wheels) across (the pitlane merger line) and the rules clearly state you have to have two wheels on the other side of the line or you get a penalty," Dixon said.

"However big shout out to the team, Team Target did a hell of a job, it was a battle all day long with the Penske's. It was our race man but it is what it is."

Dixon, who started from second on the grid, is second in the Indy Car standings after three races, 14 points behind Pageneud.

Turn 1 at Long Beach is notorious for first-lap clashes, but the 21-car field avoided contact, and despite some minor bumping in the opening lap, remained clean through the early stages of the race.

Helio Castroneves led the field from the get-go and was quickly joined by Pagenaud, as he jumped Scott Dixon's No. 9 Chip Ganassi Racing Target Chevrolet for second place on Lap 2.

The 80-lap race ran caution-free, the fourth time in Long Beach history but first since 1989. It is the first caution-free Indy car race anywhere since Mid-Ohio in 2013.

While the leaders pitted for the first time, Dixon was able to stretch his fuel mileage Lap 28, vaulting him back in front of Pagenaud once the leaders cycled through.

In the second pit cycle, Dixon dove into the pit lane on Lap 51 amidst slower traffic and emerged ahead of Castroneves when the pole sitter pitted on Lap 52.

Yet it was Pagenaud who had the last laugh, pitting on Lap 53 and jumping out of the pits in front of Dixon.

Pagenaud was warned for improper lane usage during his re-entry to the racing surface, but would go on to extend the lead and beat Dixon across the line by 0.3032 seconds -- the closest finish in Long Beach history.