Aston Villa have had their fate confirmed and been relegated from football's English Premier League with a ninth straight loss as Sunderland and Newcastle United both won to boost their battle against the drop.

Villa, who had not been relegated since the Premier League began in 1992, had their fate finally sealed when they lost 1-0 at Manchester United. 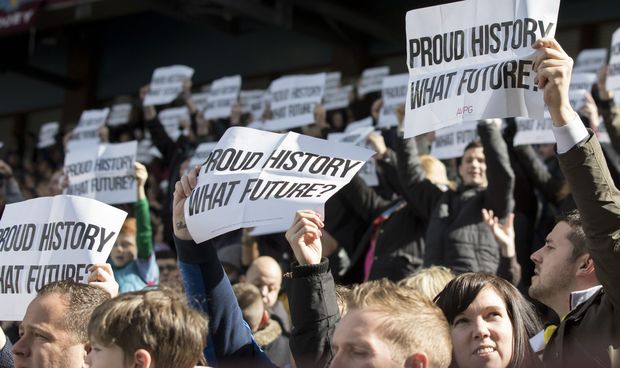 Sunderland improved their chances of staying up by beating Norwich City 3-0 at Carrow Road while Newcastle fuelled their survival hopes with a 3-0 win over Swansea City at St James' Park.

Manchester City edged ahead of Arsenal into third spot, with City enjoying a 3-nil win over Chelsea.

Sunderland's victory moved them on to 30 points, one point behind Norwich with a game in hand, while Newcastle also closed the gap, moving on to 28 points.

They have also played one match less than Newcastle.