Another New Zealander is to coach an international rugby side, with former Auckland coach Mark Anscombe appointed head coach for Rugby Canada. 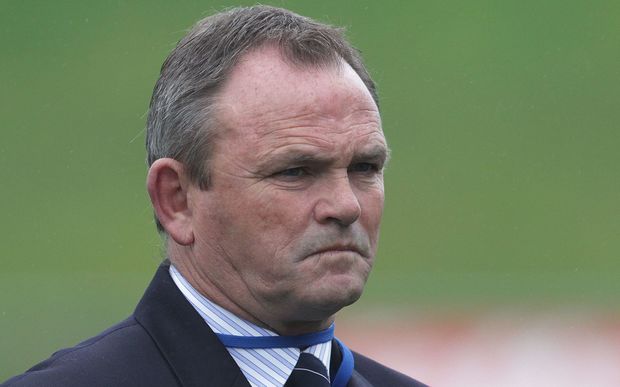 The 59-year-old takes over from another New Zealander Kieran Crowley.

In 2011, as head Coach of New Zealand's U20 Team, Anscombe helped secure a fourth successive title at the IRB Junior World Championships in Italy, having previously been an assistant in 2008, 2009 and 2010.

"We're very excited to have Mark joining our coaching staff as we look to continue developing our Men's Program towards qualification for the 2019 RWC in Japan," said Rugby Canada's General Manager of Rugby Operations and Performance Jim Dixon.

Anscombe was appointed head coach of Ulster ahead of the 2012/2013 season and his team started the season with an unprecedented 14 wins.

In Anscombe's first season in charge they finished top of the PRO12 league, narrowly losing the final to Leinster. Before moving to Belfast, Anscombe also had a three-year spell as head coach of the Auckland ITM Cup side.

"Having worked with quality organizations like New Zealand's U20 Team, Ulster and Auckland in the ITM Cup, Mark brings a wealth of international and professional experience to our organization," added Dixon.

Canada's Men's Team is scheduled to face Japan, Russia and Italy during their annual June International Series, with games set for June 11 in Vancouver, 18 in Calgary and 2 in Toronto.

"It's an exciting time for Canadian Rugby," said Anscombe.

"There's some work to be done, but the foundation is in place and I look forward to moving to Canada and working with all of the players, staff, Board of Directors and Provincial Unions to continue growing and developing the sport across the country.

"Qualifying for the 2019 Rugby World Cup is in my bigger picture and hugely important for Canadian Rugby, but the key for any team, especially at this level, is developing depth and that's going to be a big focus of mine moving forward."

For the first-time ever, Canada's Men's Fifteens Team will have a centralized, full-time program beginning in August at the Canadian Rugby Centre of Excellence in Langford, BC.

Over 20 athletes will have access to a high-performance daily training environment, world-class coaching, sport science and medical facilities throughout the year to prepare for international competition.

"Although I'm still learning more about the program, having our top domestic athletes centralized in Langford starting in August will allow us to bring players together in a high-performance environment to build their skill levels, develop younger players and prepare for our key international fixtures," added Anscombe.