Meg Lanning has steered the Australian women's cricket team into a fourth straight World T20 final, with the skipper dominating England in a dramatic five-run win. 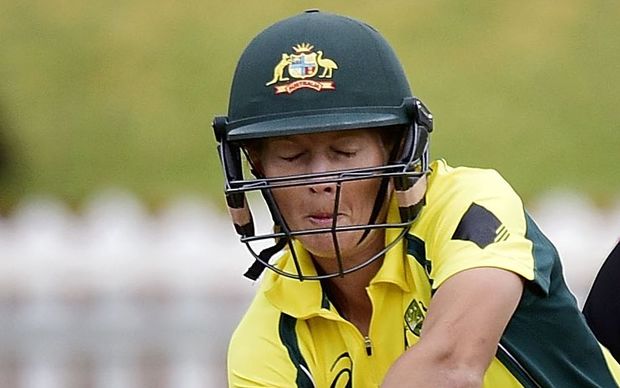 Lanning top-scored with 55 as Australia posted a total of 132 for 6 in their semi-final at New Delhi, having lost the toss and been sent in to bat.

The 24-year-old then held a couple of clutch catches as England collapsed to finish 127 for seven in response.

"It was definitely tough," Lanning said after being named player of the match. "Towards the end I was getting a bit nervous... But we stuck to our guns and I knew if we did that we'd be all right."

Lanning should have been run out on 20 following a terrible mix-up with Ellyse Perry in the 12th over.

The captain was so late coming through for the run that Danielle Wyatt, fielding at point, could have lobbed the ball back to keeper Sarah Taylor and completed the dismissal.

Instead Wyatt attempted to throw down the stumps and Lanning was able to somehow scamper through for the single.

The other turning point of the match was an English collapse of four for 14.

Megan Schutt finished with fantastic figures of two for 15 from her four overs, confirming her status as the side's strike weapon.

Australia will face either New Zealand or West Indies in their quest for a fourth straight T20 title.

New Zealand play the West Indies tonight for a place in the final.