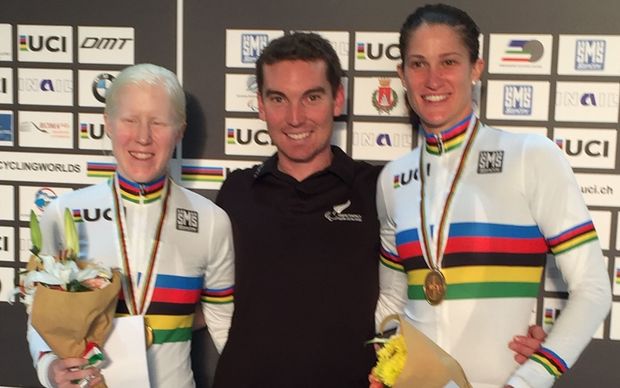 Foy and her sighted pilot Thompson regained the title by winning the rainbow jersey in the Women's B 3km Pursuit.

The pair rode a strong final to convincingly beat the Japanese tandem of Yurie Kanuma and Mai Tanaka (sighted pilot).

"We are really happy to have defended our World title again this year. This is the first Track World Champs that we have competed at with our new coach Jono Hailstone and we are very pleased with the dynamic we have found as a team," said Foy.