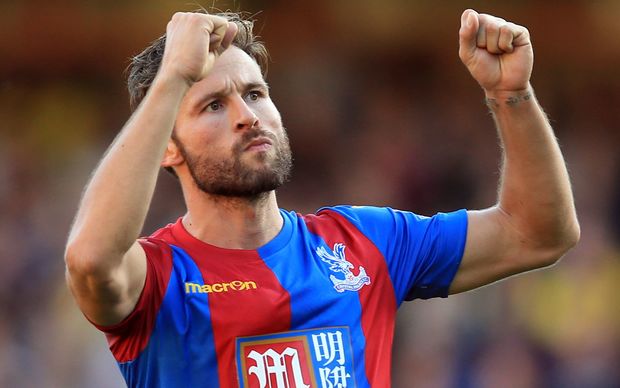 Cabaye opened the scoring with a penalty in the 85th minute after Jake Cooper was sent off for fouling Yannick Bolasie.

Substitute Campbell made sure of Palace's place in the Wembley semi-finals when he pounced on a clever pass from Wilfried Zaha and beat goalkeeper Ali Al Habsi in stoppage time.

"It was a tricky tie for us but we were really good today and should have wrapped it up before the penalty," Palace manager Alan Pardew told the BBC after his side reached the last four for the first time since 1995.

"It has been a strange run we have been on. We have been terrific in the FA Cup but edgy and nervous in the Premier League.

"Hopefully we can take this into the league," said former Reading boss Pardew, referring to the fact his team have yet to win a league match in 2016.

"It was tough, this is a good team with good players but we have done the job," he said. "It would be amazing to win something and we are one step closer to the final."