The New Zealand women's football team has enjoyed its first win of their Algarve Cup campaign with a 1-nil victory over hosts Portugal in Albufeira.

After a scoreless first half, in which the New Zealand side had a goal ruled out for a foul as the ball crossed the line, the Football Ferns scored the winner in the 69th minute as Annalie Longo lobbed the ball over the Portugal goalkeeper at the back post.

The result, combined with Russia's 3-0 defeat by Brazil, means the Football Ferns finish second in their group and will complete their Algarve Cup campaign on Thursday morning with a playoff match against the second-placed side in Group A.

Readings said he felt his side were good value for the result on the back of a performance which saw the team manage the game effectively throughout. 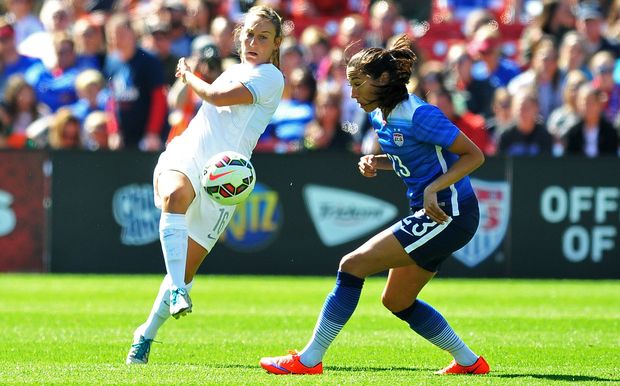 "There was a big wind which we played into in the first half and we handled that quite well," Readings said.

"We created a few chances and in general we thought we did quite well and we were disappointed not to go in at least one goal up.

"We've created really good chances in this tournament and not taken them and then the goal we have got is a scrappy one.

"But we're happy to take the goal however it comes and it was coming and then we were able to see the game out quite comfortably we thought in the end."

"What the other group has shown is that it's pretty close. Canada are the only team that have qualified for the Olympics from that group yet there are two good European teams in there in Denmark and Iceland."

"They have shown with Denmark beating Canada and then Iceland comfortably beating Denmark, no matter who we play in the next game it's going to be a challenge," said Readings.

"This for us really replicates a quarter-final for us at the Olympics and that's what we're working towards."