It's do or die for the Breakers basketballers in tonight's second game of their NBL grand final series against the Perth Wildcats at the North Shore Events Centre. 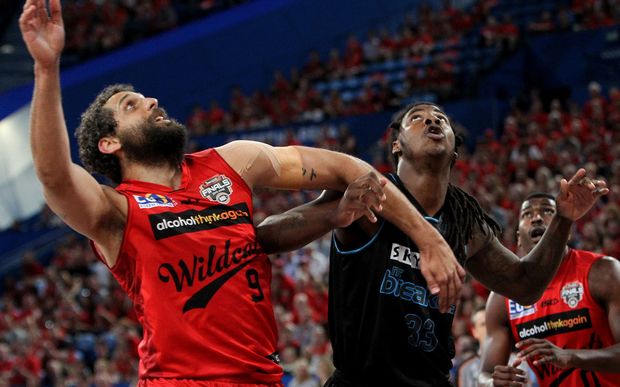 Breakers and Wildcats players fight for the ball in game one. Photo: PHOTOSPORT

The Breakers lost the opening match in Perth and defeat tonight would end their chances of defending their title.

A win for the New Zealanders would force a deciding game three in Perth.

The Breakers have won four of the past five NBL titles and are chasing their fifth championship crown in the last six years.

The Breakers have lost to the Wildcats in all three encounters between the two sides this season, though they were all in Perth.

The Wildcats won Wednesday night's game one 82-76 in Perth.

The hosts led by 13 points early in the second quarter, but the New Zealanders launched a gutsy comeback to hit the front late in the third.

Wildcats centre Nate Jawai was a force in the first half on the way to a 15-point haul, while Corey Webster scored a team-high 19 points for the Breakers Cedric Jackson chipped in with 14.

Tonight's game two tips off at half past 7.