Bulldozing Leicester Tigers centre Manu Tuilagi has been recalled to the England rugby squad for the Six Nations clash with Wales at Twickenham on Sunday week. 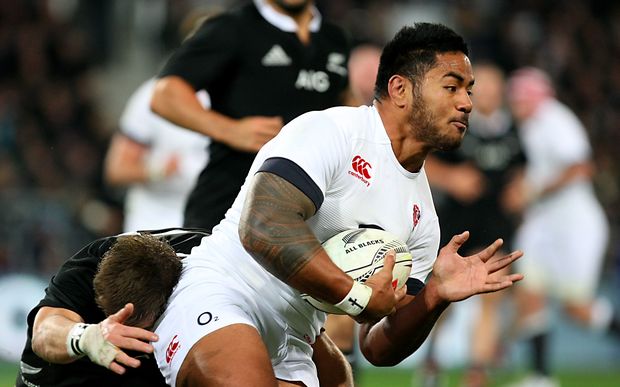 Manu Tuilagi playing against the All Blacks 2014. Photo: PHOTOSPORT

Samoa-born Tuilagi, who has scored 11 tries in 25 tests for England, made his last international appearance in 2014 after suffering from groin, hamstring and disciplinary problems.

He missed last year's World Cup in England after being convicted of three charges of assault and one of criminal damage.

He was told that he would not feature in tournament following his conviction for assaulting two female police officers and a taxi driver.

The Leicester centre had pleaded guilty to three charges of assault and one of criminal damage, for damaging the wing mirror of the taxi, and was ordered to pay more than $10,000 in fines, compensation and costs.

He will provide competition for Owen Farrell, who has started in Tuilagi's usual position of inside centre in England's opening three wins in the championship under new coach Eddie Jones.

Wales are second in the standings after two wins and a draw from their opening fixtures.

Exeter flanker Dave Ewers was also named on Monday in the 33-man England training squad after recovering from a knee injury.