The Warriors rugby league club will continue to play at Mount Smart Stadium until at least the end of the 2028 National Rugby League season. 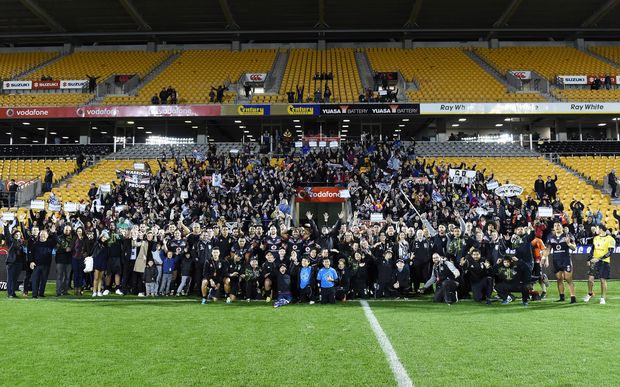 The club have signed a 10-year extension to their existing contract with Regional Facilities Auckland (RFA).

Both organisations still have to ratify the details of the final contract.

RFA CEO Chris Brooks said the discussions with the Vodafone Warriors had been entirely constructive and were focused on finding the best solution to meet the club's and fan's alongside the RFA's goal to maximise the use of its facilities on a cost-effective basis for ratepayers.

"This agreement offers value to both parties," Brooks said.

"Importantly, it offers greater commercial value to the RFA and Auckland ratepayers, reflecting the council's investments in Mount Smart Stadium and the on-going cost of maintaining the venue into the future, while also providing certainty and some enhancements for the Warriors and their fans."

Warriors managing director Jim Doyle credited Brooks for opening the way for a review of the RFA's plans for Mount Smart Stadium.

"We were in a position not so long ago where we were being told Mount Smart Stadium wouldn't be our home beyond 2018," he said.

"We were passionate about staying here. We have always said it is our home and we certainly appreciate the way so many people showed their support for us to remain, particularly our members and fans.

"We're especially grateful to Chris who was open to consultation and discussion about the stadium strategy. It's his attitude and his willingness to listen to our views which has enabled us to reach the point we are at today.

Doyle also said beyond 2028 the Vodafone Warriors were keen to see the concept of a city football stadium become a reality to bring sporting codes and fans together as one in the heart of the central city.